VANCOUVER GUNNERS
Special Guest Night - 1982
We're not too sure if this was the annual St Barbara's Day Dinner or if it was a dinner with our friends south of the border. Let's see who we can see in attendance and maybe they will forward a story or two about the dinner. Let's see, there's Officer Cadet Donna Shier, Lieutenant Colonel Stuart McDonald, Captain John Hawthorne, Captain John Carter, Major John Jessop, Major Ian Newby, Colonel Bill Wickett, Lieutenant-Colonel ​John MacGregor. Send me your stories! 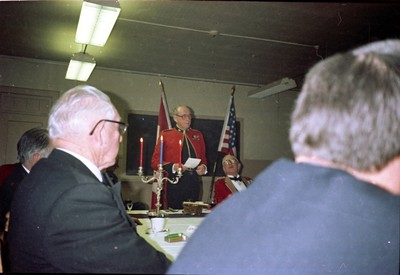 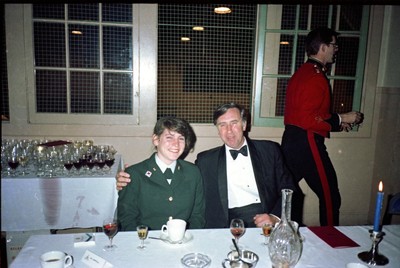 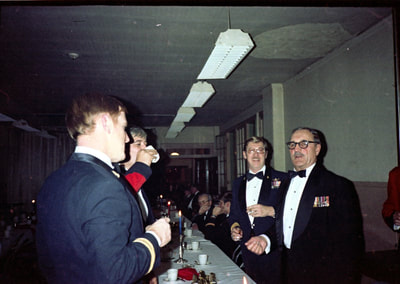 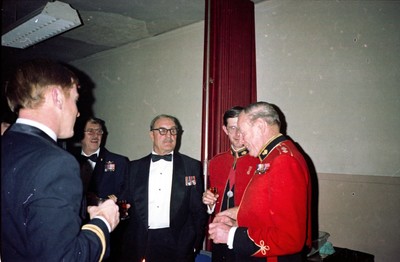 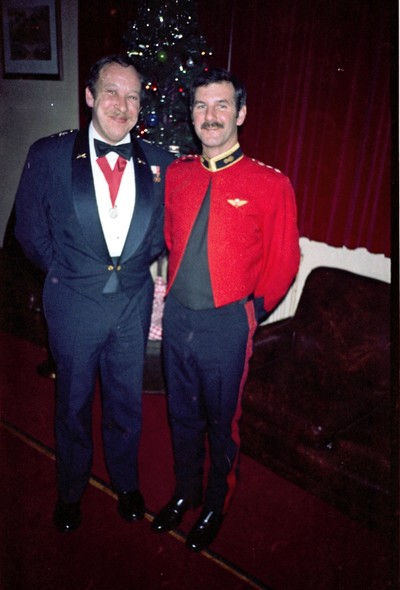 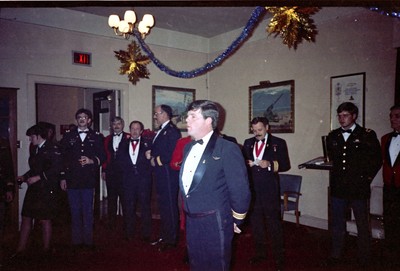 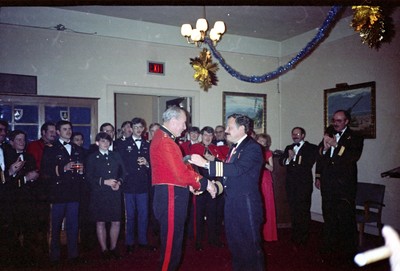 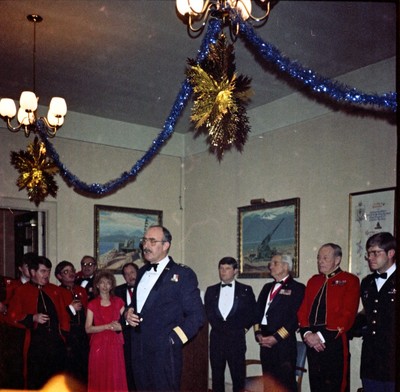 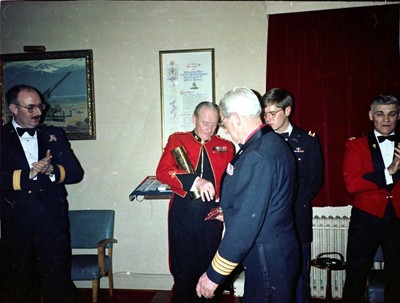 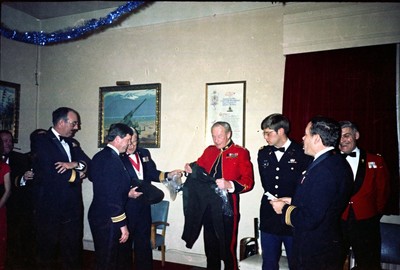 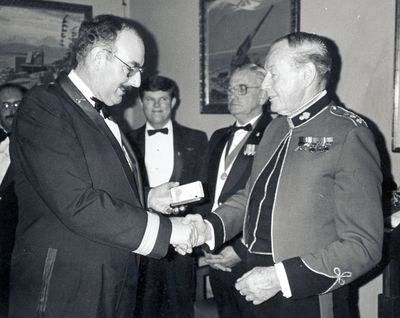 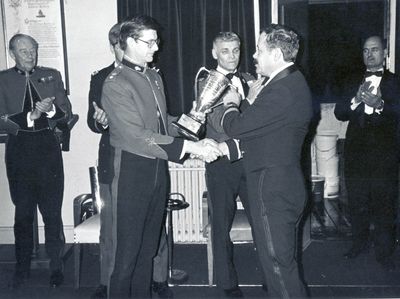 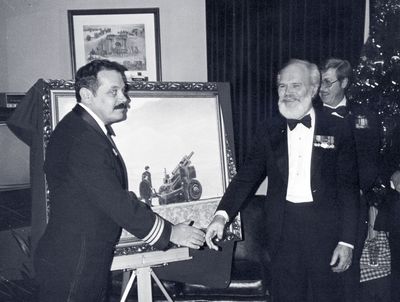 Another series of pictures that appear to be from the same event.....and then..... you realize that Captain Carter is dressed differently in the two series. Any other clues that would assist me in determining which photos belong in which yearbook? 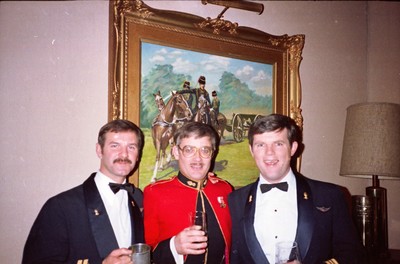 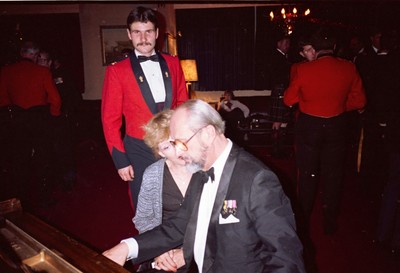 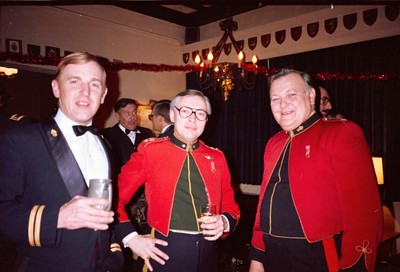 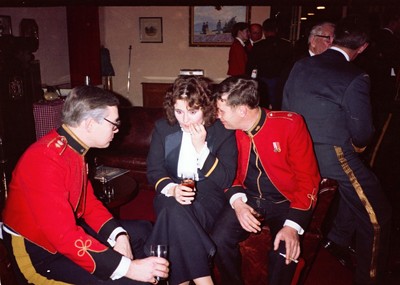 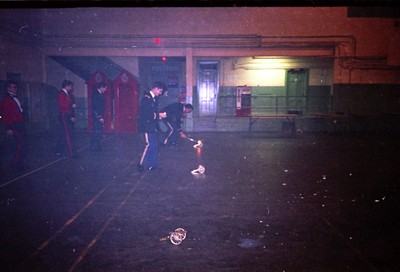 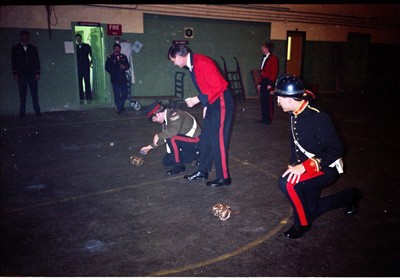 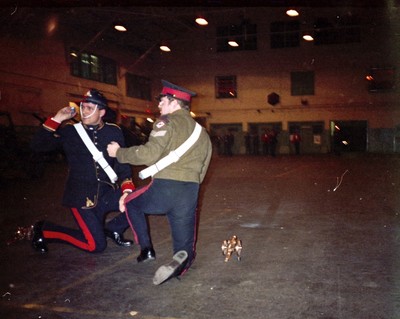