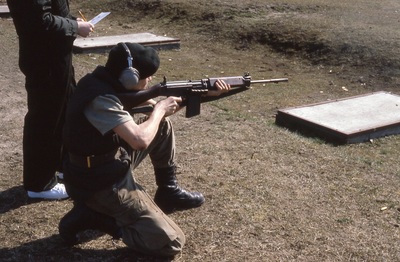 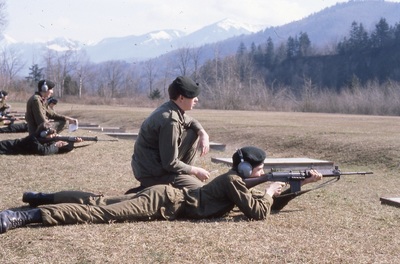 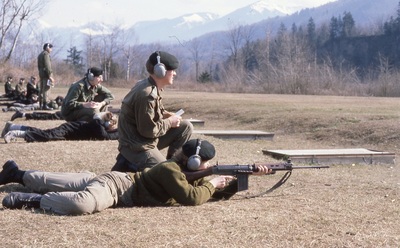 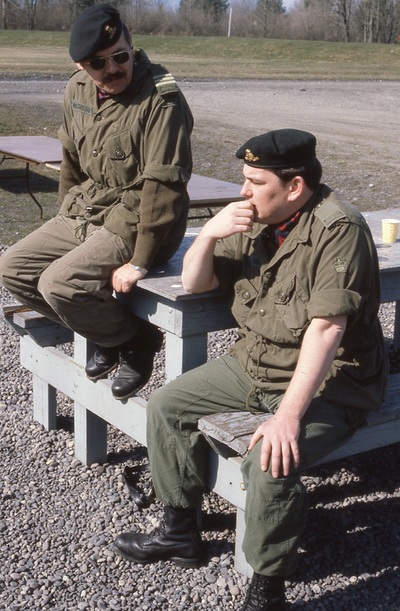 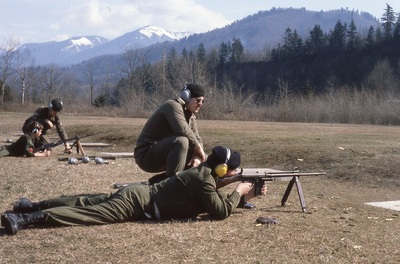 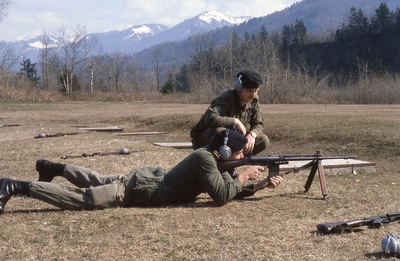 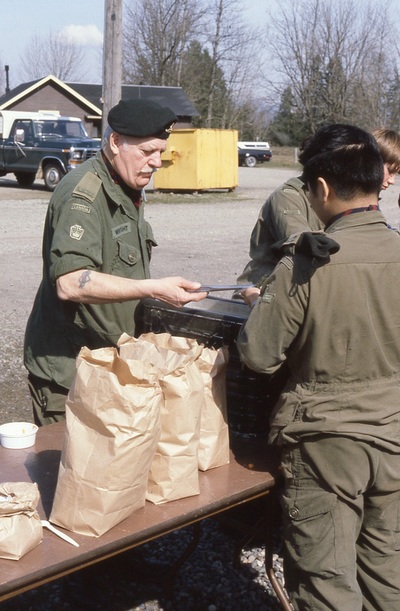 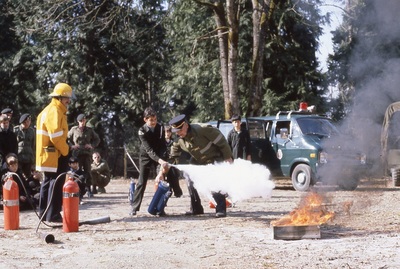 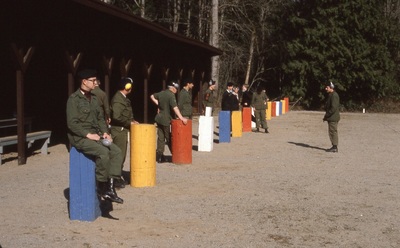 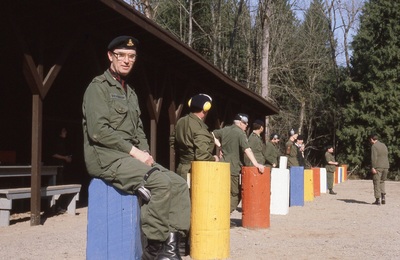 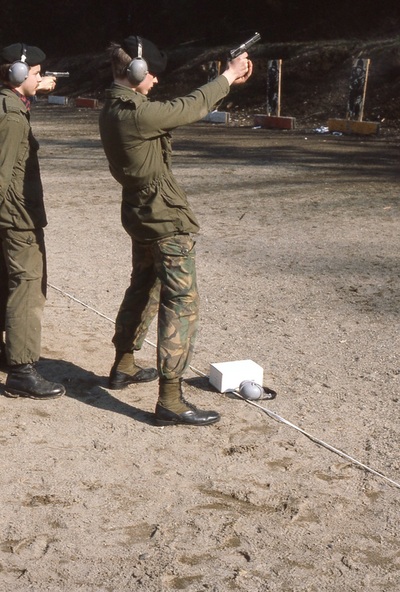 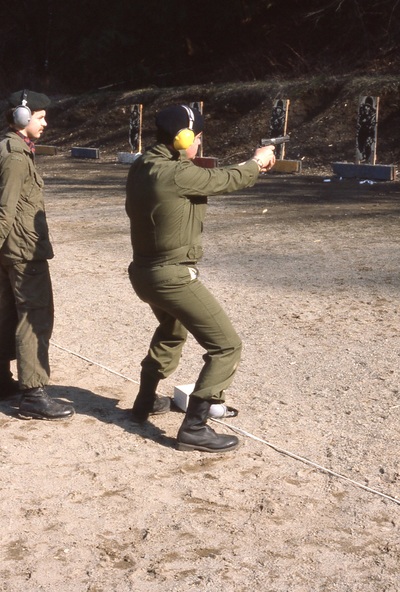 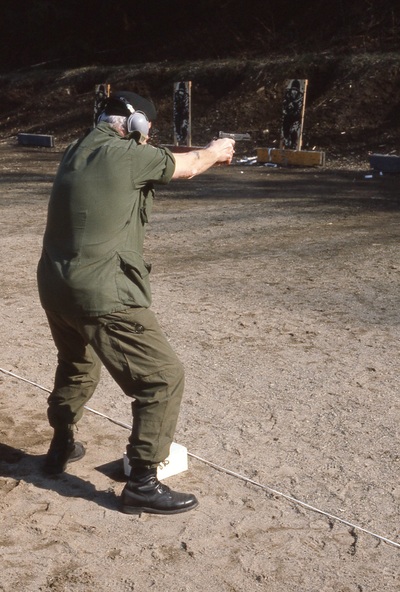 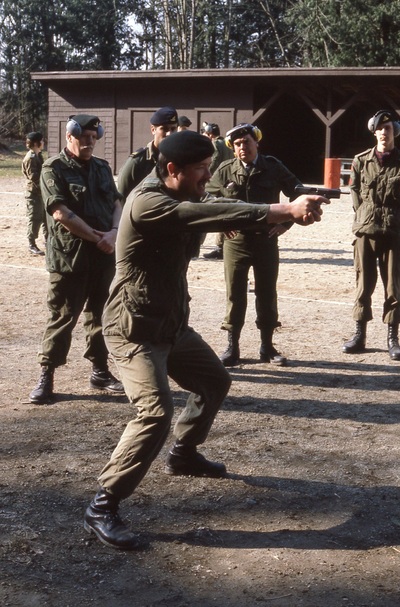 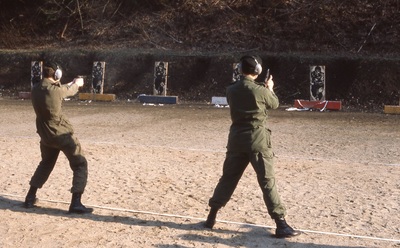 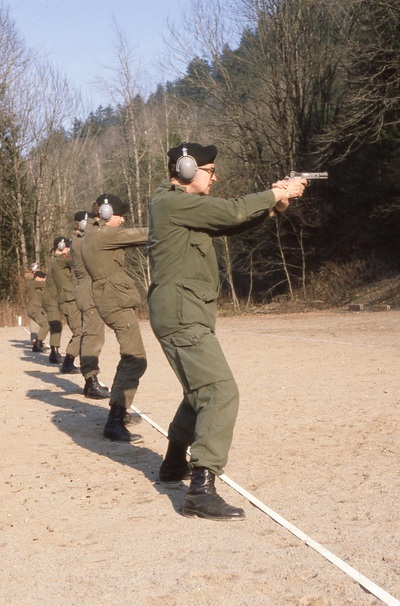 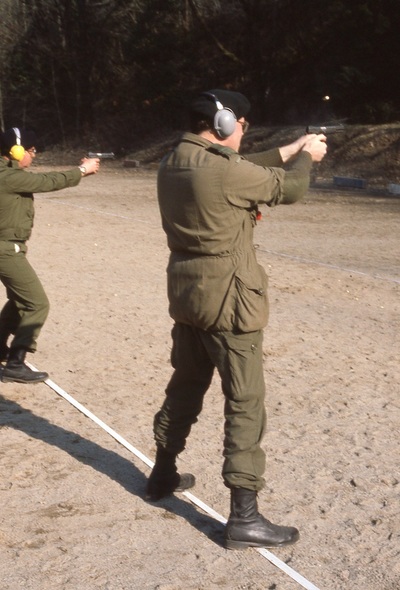 A second series of photographs that were labeled 1982 also features the range exercise in Chilliwack. I'm not too sure if it's the same weekend. Quite possibly the regiment was conducted two range exercises that year? There's a few familiar faces. Major Ian Newby and Bombardier Kevin Walker at the hayboxes, followed by a large crowd with Captain Peter Faliszewski. Posing on the range we have Gunner Ramnik Lal, Bombardier Richard Fowler, Master Bombardier Keith Laing and Bombardier Colin Parkinson. I'm not sure who  Officer Cadet Paul Lee is talking to but Master Warrant Officer Ron Paterson doesn't appear to be part of the conversation, nor does Warrant Officer Brian Hill. 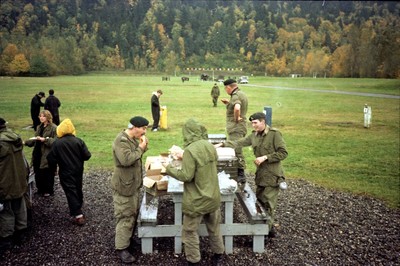 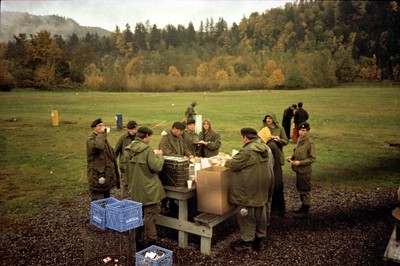 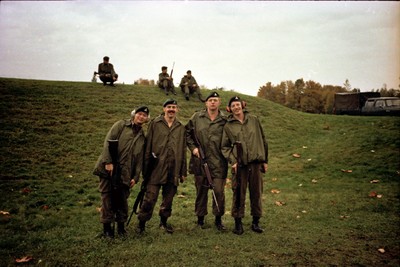 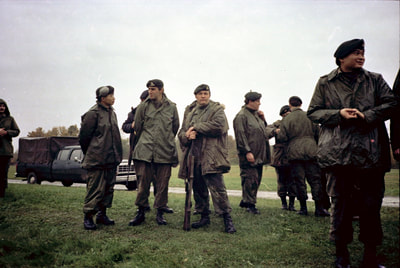 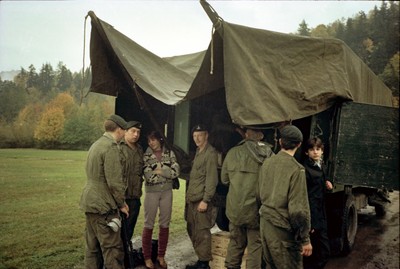 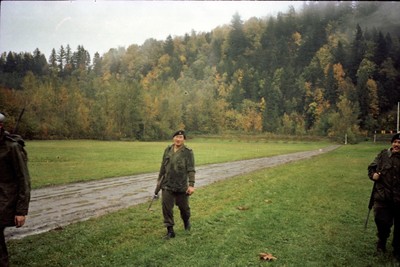 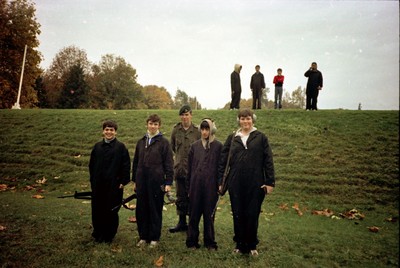 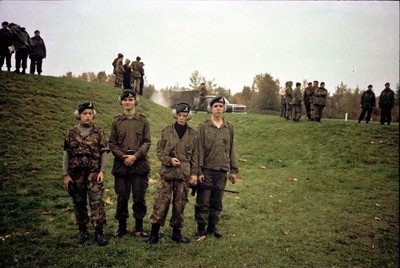 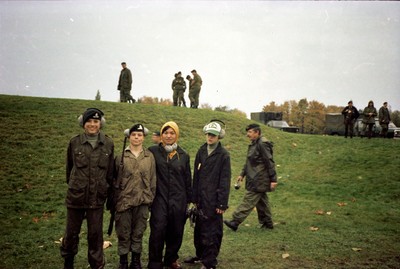 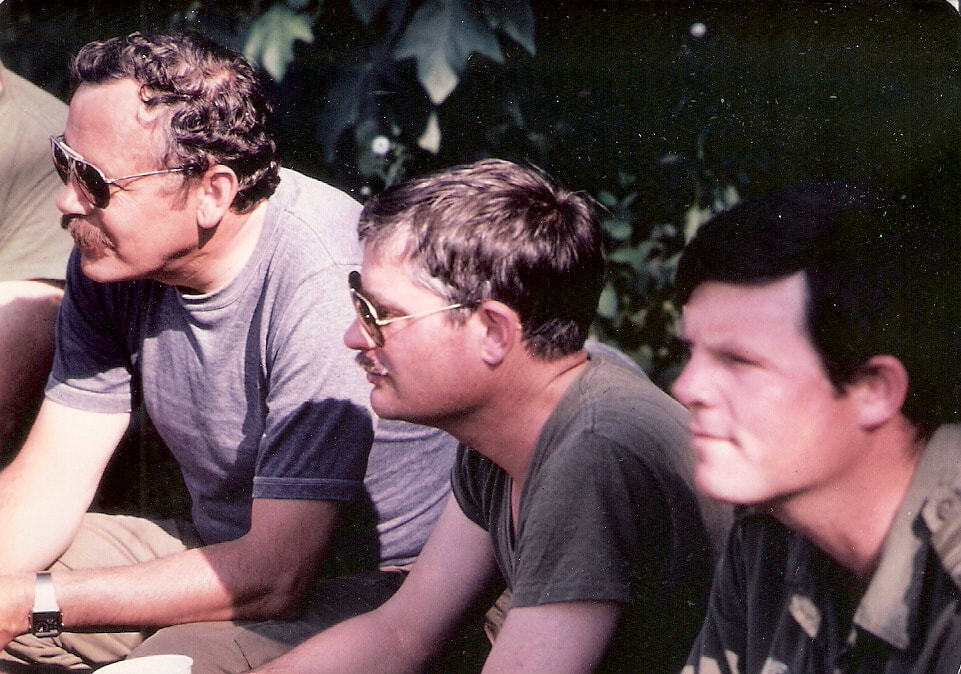 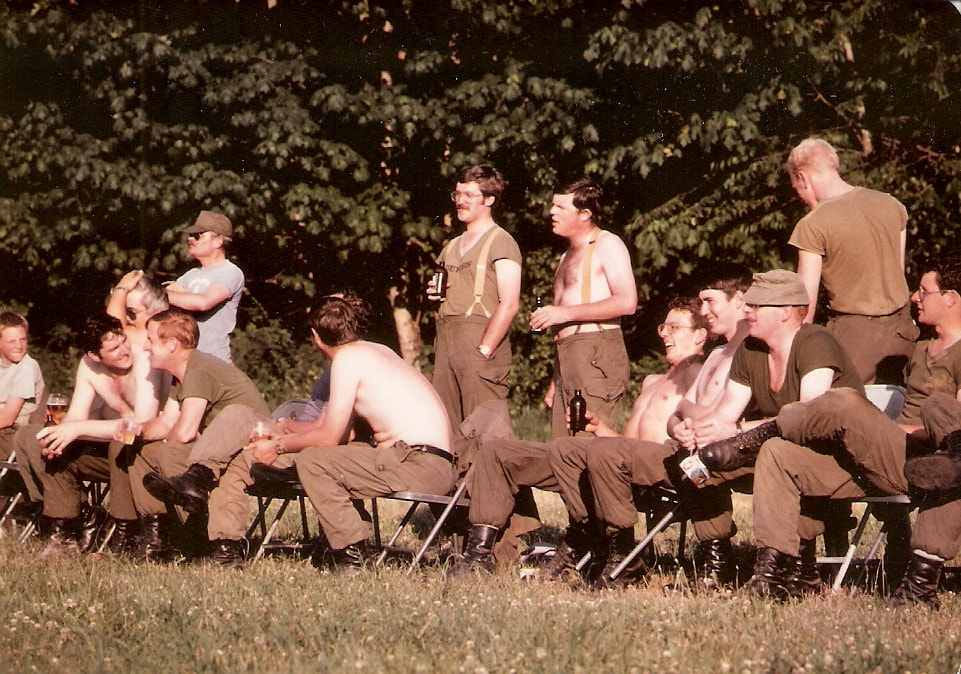 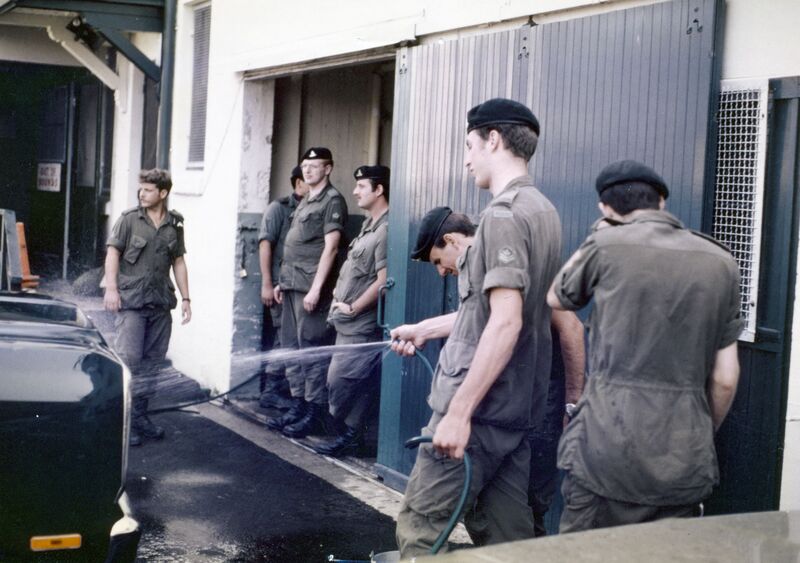