VANCOUVER GUNNERS
Reforger 1977
August – October 1977  Bombardier Lorne Gilmour
The opportunity to partake on an attachment to the 1st Regiment Royal Canadian Horse Artillery is often a once in a lifetime opportunity. The Regiment, as with all units in 4 Canadian Mechanized Battle Group, have two manning establishments: peacetime and war. For the purposes of the annual Exercise REFORGER (Reserve Forces to Germany) the unit requires augmentation, often from the Militia, in order to meet the requirements of the NATO exercise.
Dry deployment exercises in the German countryside. The Regiment is usually transported long distances via the German train system. This is B Battery shortly after un-loading from that rail transport in preparation for manoeuvre exercises.
Grafenwöhr Training Area, a US facility used frequently by Canadian Forces for live fire exercises. It is a substantial shock to fly from Vancouver and the comfort of a wheeled Army Reserve 105mm artillery unit which barely has sufficient equipment and manpower to man a 6 gun battery to being the member of a 155mm M109 detachment that is only a small part of a complete three battery regiment working within a divisional level exercise across the roads and fields of Germany.​ Even the scope of the 155mm howitzer alone compared with a 105mm howitzer is on a totally different scale. These shots are from the turret of the M109 and show the breech in both open and closed position. And yes, it does have to be stripped down and cleaned after firing!​
I​t’s not all hard work throughout the callout. There are some opportunities for rest, relaxation and a few Heineken in between the live firing exercises and the large scale manoeuvre exercises. After all, what is an artillery crew to do when there’s no ammunition on the position?
​​Always wondered how the population in the Fraser Valley would react to an exercise on a similar scale going through their towns and fields? Then again, it’s not as if your country is still partitioned thirty two years after the war and the Warsaw Pact has several armoured divisions in high readiness on the other side of the concrete and barbed wire border fence. 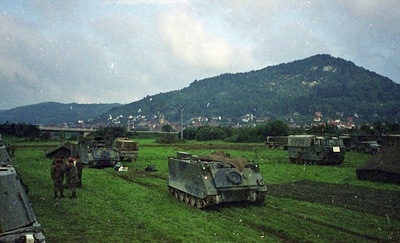 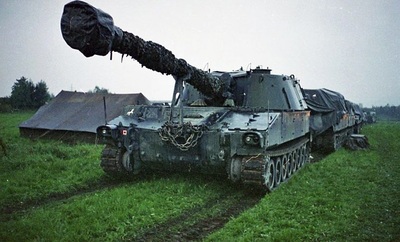 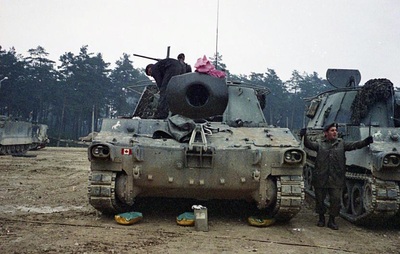 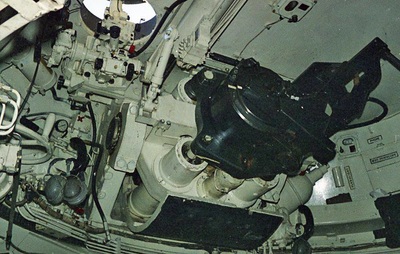 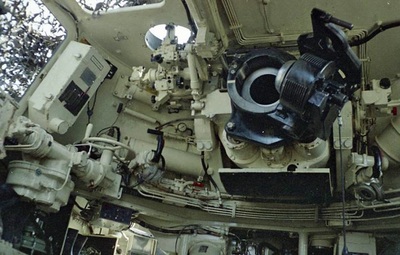 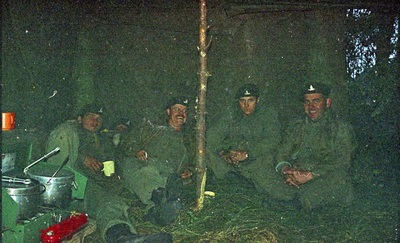 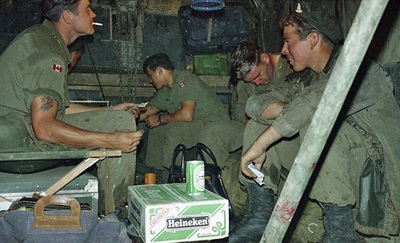 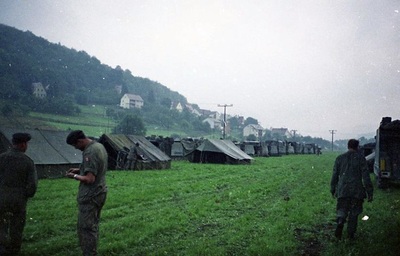 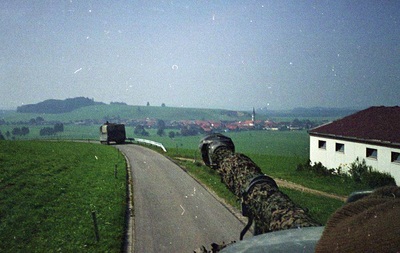 Back to 1977
Copyright © 2015, 2016, 2017, 2018, 2019, 2020, 2021
Webmaster/editor - Leon Jensen, OMM, CD, Commanding Officer 1998-2001, Regimental Sergeant Major 1986-1988
Additional photos and stories as well as comments regarding errors and omissions would be greatly appreciated. ​
​Have I inadvertently placed personal information of yours on line that you don't approve of?
​Please accept my apologies and contact me at president.vcrgunners@gmail.com and I’ll have it removed.