VANCOUVER GUNNERS
Opening of new Seattle National Guard Armoury
The new armoury was opened with an invitation to Canadian units to celebrate the event with a parade on 14 April 1974. The Princess Patricia Canadian Light Infantry sent a contingent with their Band as did the Pacific Militia Area. The event was well attended and the soldiers were free to explore Seattle at night. Those stories are probably best left to the bar in the Messes. 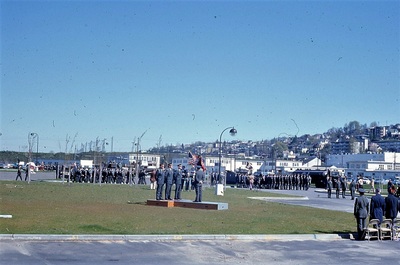 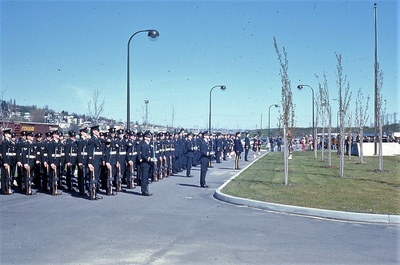 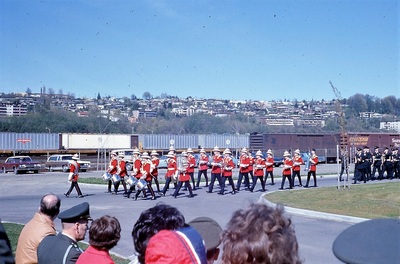 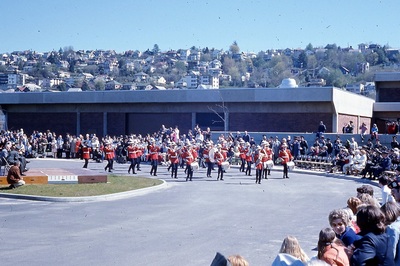 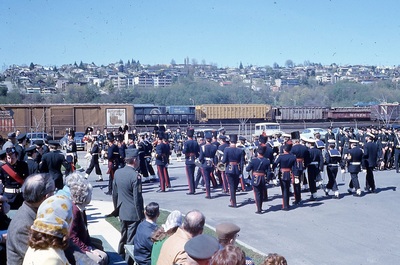 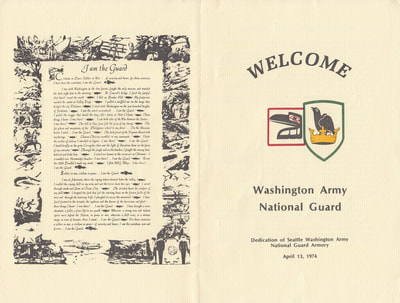 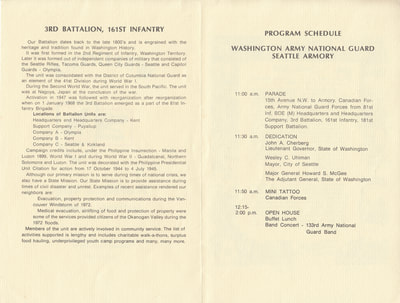 Story #1 - On arrival at the barracks in Seattle on Friday night, it was quickly determined that an all ranks club had been set up in one of the buildings. It turns out that the Princess Patricia Canadian Light Infantry contingent were all from their Mortar Platoon and were mostly recent graduates from recruit school. It didn't take many beers and fights starting breaking out within their own ranks. It appeared to be their first chance of settling past grudges. Every time a fight started their NCOs would be their quickly to break up the fight and hustle the offenders off to their quarters.
After about a half dozen fights, Gunner Alan Edward leans over and says to Sergeant Leon Jensen, "Man, these PPCLI are a bunch of jerks!" Sergeant Jensen's response, "They're just letting off steam. The PPCLI are a very proud regiment and these guys will learn." Suddenly an arm spins Sergeant Jensen around and BAM - a punch right in the face! "What did you say about the Patricias!" is about all that's said before three of his buddies whisk him away. Meantime, the BSM tells Sgt Jensen that he should leave to which he rightly replies, "Why? It's not as if I've done anything!"
One of the Patricia buddies comes over and offers an apology, worried that his friend will receive severe punishment for punching a Senior NCO unknowingly. Grabbing two beers, Sgt Jensen goes over to the offender, offers him a beer and says,"What the f**k was that about? I was just saying what a great Regiment you guys are and BAM." Apologies all the way around and free beers for the rest of the night for the "Arty guys."
As the parade is dismissed the following day, the Patricias are marched off in single file straight to the bus and back to Workpoint Barracks. No Saturday night in Seattle for them.
Story #2 - The parade is over and it's time to get a beer in the Mess in the new Armoury. Shocker! They don't build bars in the new Armouries in the USA! Finally started taking to one of the quartermaster sergeants about this significant shortfall. He brings out a key chain and unlocks the Coke machine. Hidden in the back are three beer, a strategic reserve....
Story #3 - After discovering the beer shortfall in the Seattle Armoury it was decided to head downtown Seattle to check out the night life. Granted, I'm only 18 and the liquor age in the US is 21 but you never know what you might find. There's three of us and we walk into one fine establishment. It's rather dark inside and we're already seated before we realize that our presence is apparently not too welcome by the other customers. Our skin tone doesn't quite match theirs! What does one do in situation like this? Run away? Beat a hasty retreat? Nope, we make sure that we tell the waiter that we're Canadians and we order three Olympia beers and three Drambuies in shot glasses. The order kind of caught the waiter off guard and he was rather curious to see what would happen next. Picture the dark, seamy bar as three shot glasses of Drambuie are lit on fire. The blue flames light up the establishment and we down them as they're still on fire. Followed up by a shout of The Guns! and a sip of beer. Well, in no time we're buddies with the rest black gang in the bar and having just a good ole tim.