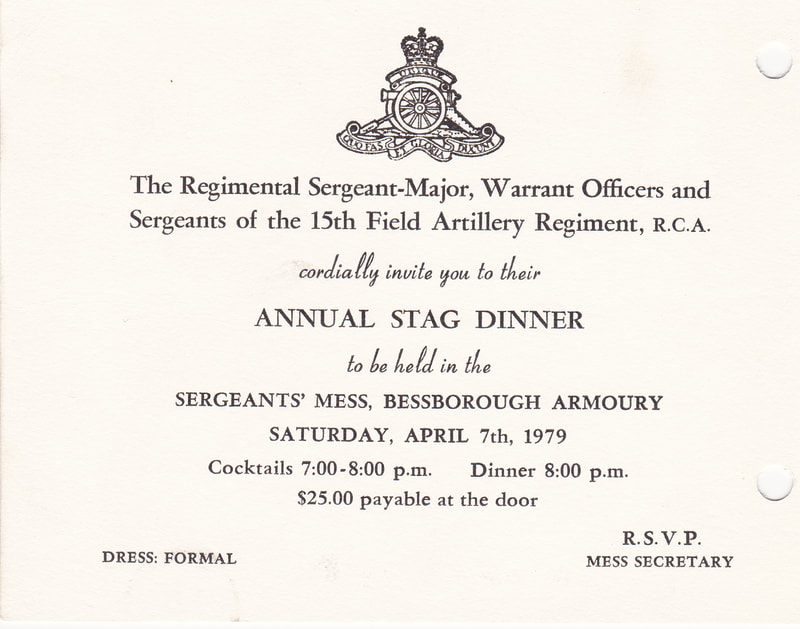 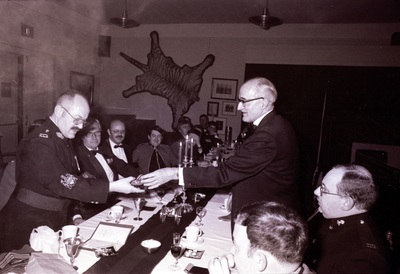 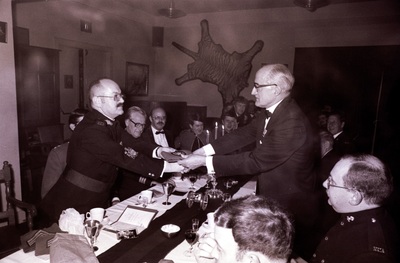 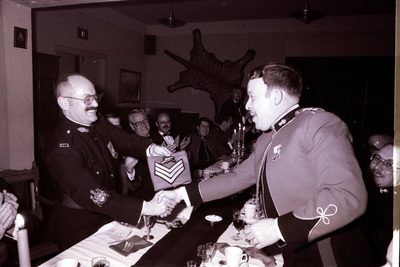 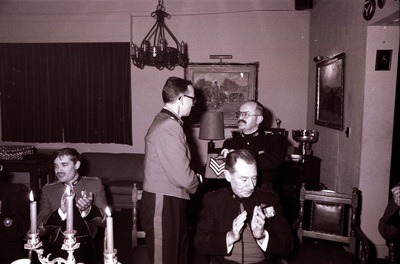 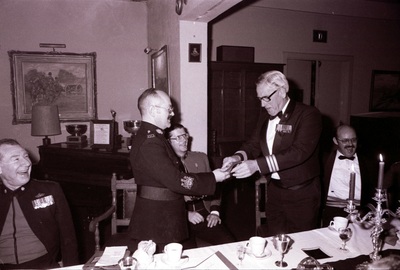 ​The Regimental Sergeant Major, Chief Warrant Officer Chief Warrant Officer Eric Tydlesley-Gore, CD presents the Best Bombardier of the year award to Master Bombardier Shane Culver.
All those honorary promotions and awards can only lead to one thing after dinner. The Gong Show!
TAKE POST!
Wow! If someone had been keeping track that may well have been a record for the most gongs in one evening.
Back to 1979
Copyright © 2015, 2016, 2017, 2018, 2019, 2020, 2021
Webmaster/editor - Leon Jensen, OMM, CD, Commanding Officer 1998-2001, Regimental Sergeant Major 1986-1988
Additional photos and stories as well as comments regarding errors and omissions would be greatly appreciated. ​
​Have I inadvertently placed personal information of yours on line that you don't approve of?
​Please accept my apologies and contact me at president.vcrgunners@gmail.com and I’ll have it removed.