VANCOUVER GUNNERS
Shilo Live Fire Ex - 23 February 1969
The uniforms worn are a mix of battle dress and bush. There's also the odd piece of combat that someone has picked up at a surplus store as  the Militia was not entitled to be issued with the fancy new field uniform.
Good thing the parkas were issued for the exercise. Not much snow but it does look cold.
The Command Post is the back of a 3/4 ton truck with a C42 radio mounted. The techs work off of the tailgate. 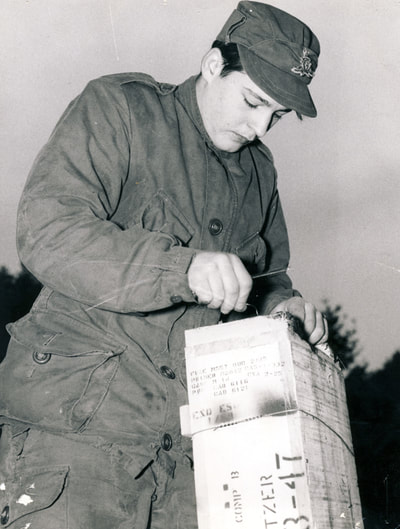 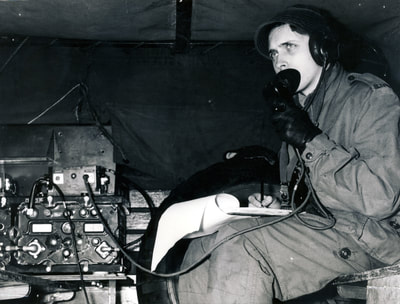 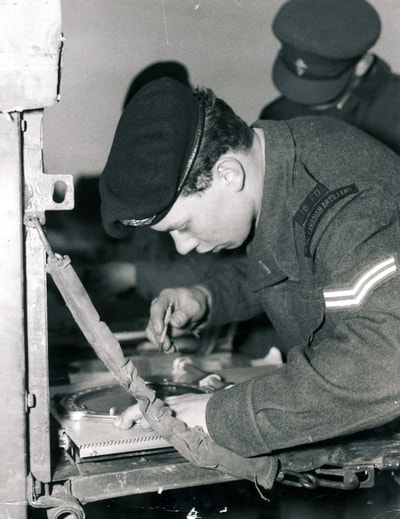 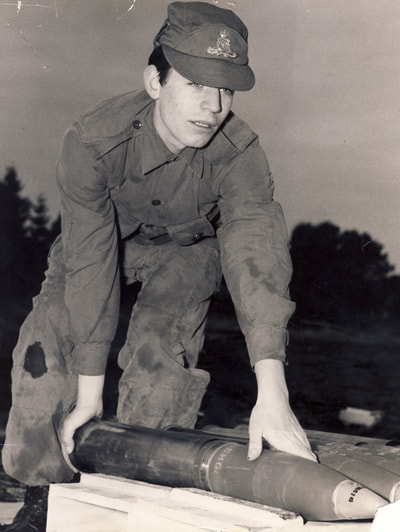 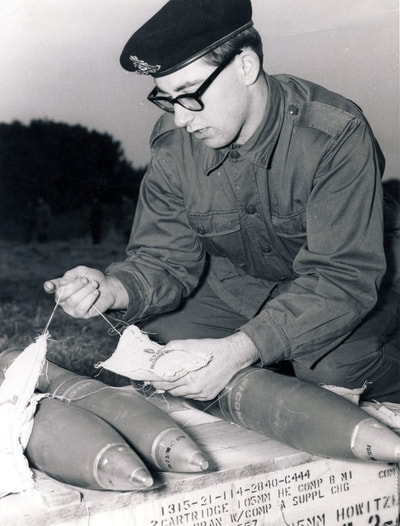 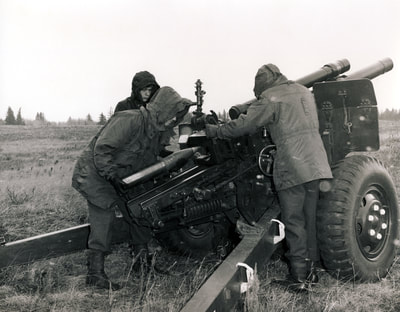 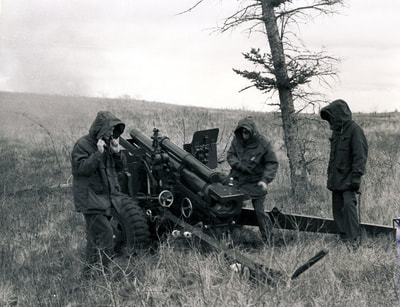 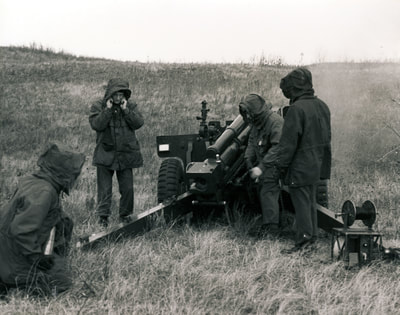 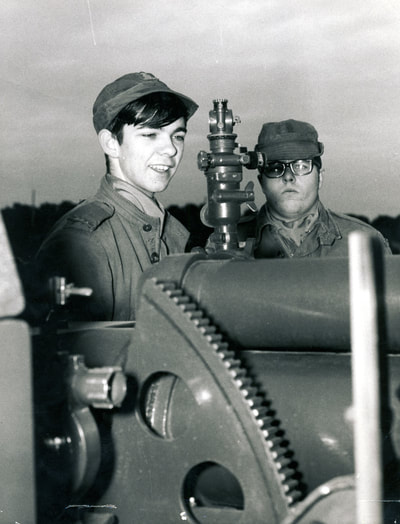