VANCOUVER GUNNERS
Shilo Gun Exercise
The slides were not marked so the date might be off by a year or two (or the photos might actually be from several different exercises, sigh). We do have some personalities that we can pick out in the crowd.
I was actually going to call the first photos, "the arrival of the Herc to pick us up," but it appears that the the individuals are actually walking away from the plane. I'm also not sure why the ramp isn't lowered completely. It does look like Stu McDonald and Padre Foulis standing at the back of the plane.
The old AMU (Air Movements Unit) at the Vancouver airport. From left to right, waiting for the Herc, 1,2,3, Tom McCaskill, Don Burkett, Greg James, Leon Jensen, O'Neill, 9, Craig Stewart, Harding, Bill Barlow. Meanwhile, the Senior NCOs are smoking and playing cards while they wait. Brian Cormier and Ray Guttridge (hidden in the smoke).
​Boarding the flight we have George Wood, 2, 3, 4, Joe Phelan, 6, O'Neill and in the second photo Leon Jensen, Bud Taylor, 3, Tom McCaskill, Allen, Bill Barlow, Craig Stewart, Art Gee, Kieth Kasper and George Wood 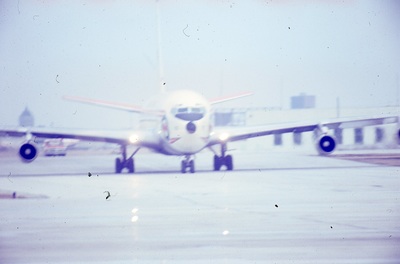 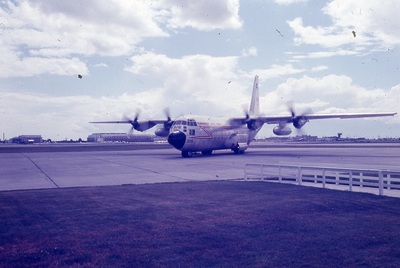 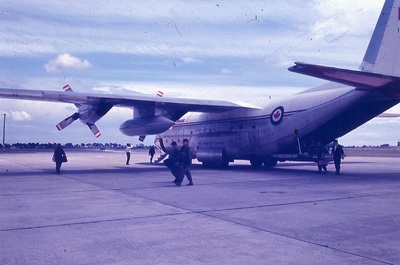 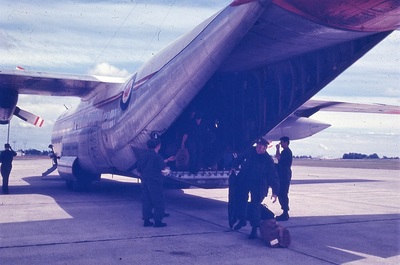 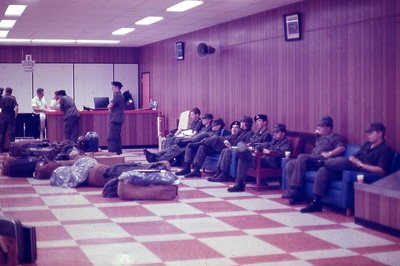 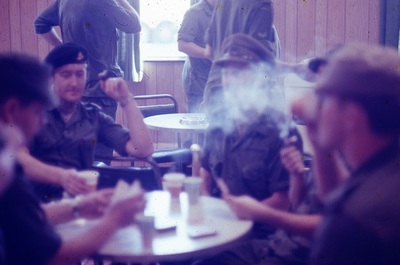 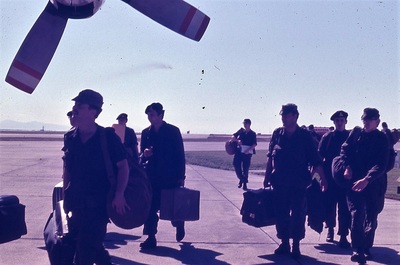 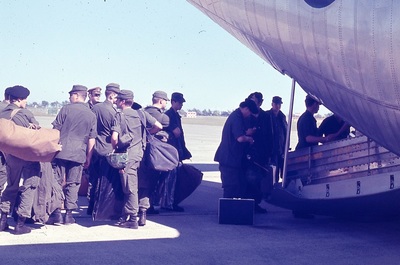 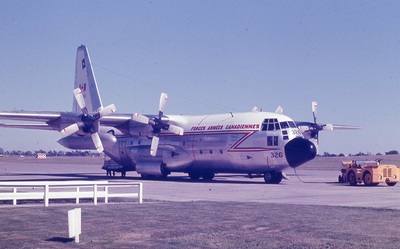 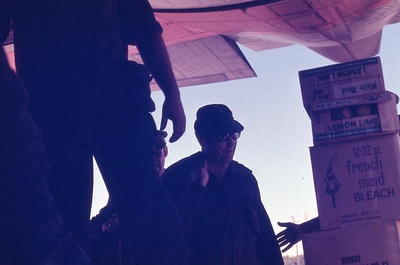 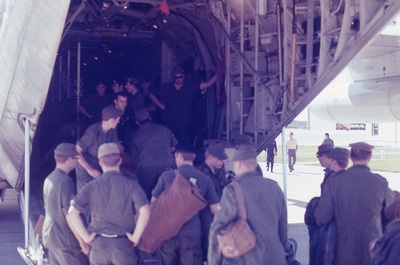 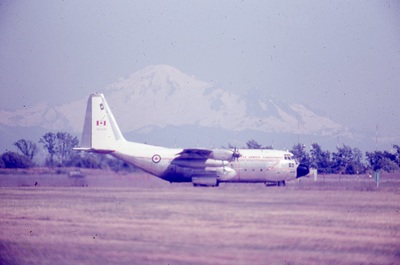 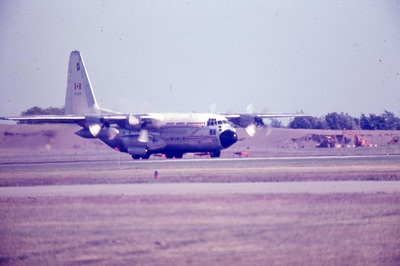 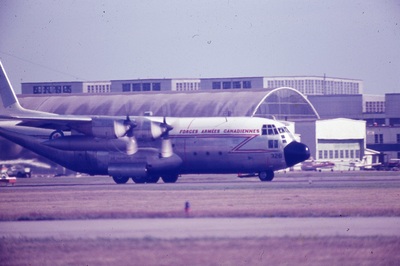 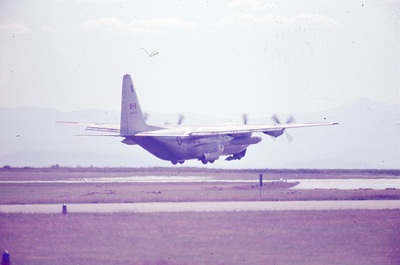 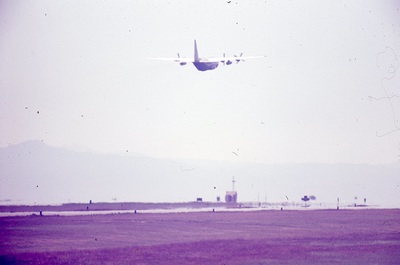 It might have been warm in Vancouver, but the weather in Manitoba reveals a bit more of the real Canadian winter. On this exercise, it forze at night and thwaed during the day, creating huge puddles. Richard Van Slyke at his gun.
Mike Meehan supervising the bedding in of the trails. Don Friedsam as number two.
Don Friedsam firing.
​Mike Meehan and Don Friedsam. 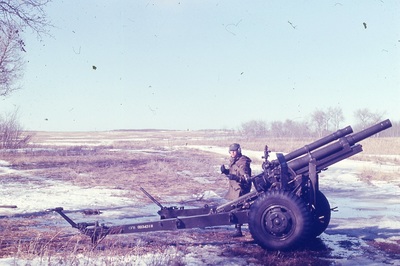 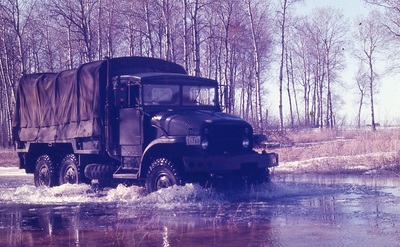 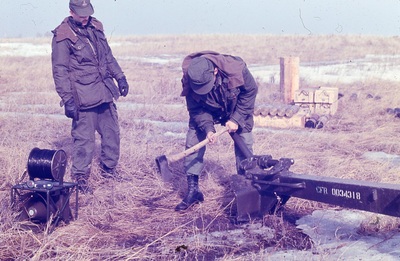 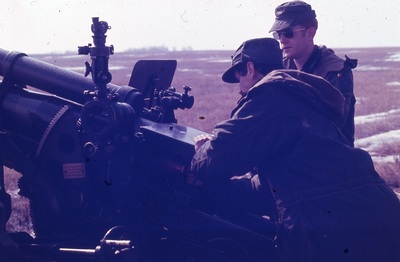 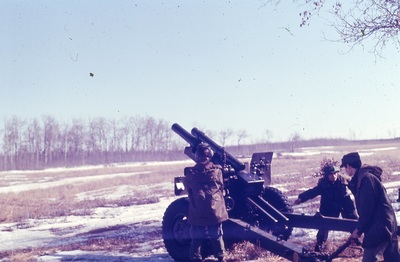 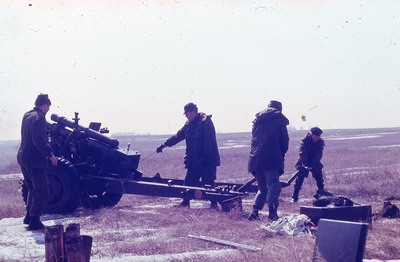 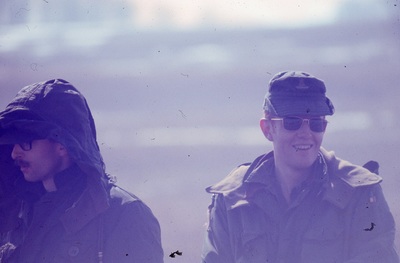 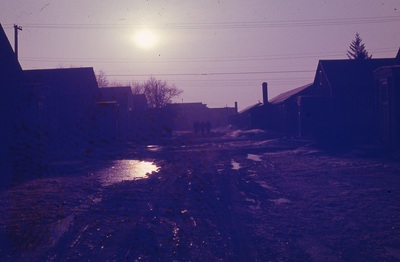