VANCOUVER GUNNERS
Shilo Live Fire Exercise
3-4 March 1973
It's a long way from the warmth of a Vancouver spring day to the frigid cold of the Canadian prairies. For the Firing Battery, it's another weekend of putting rounds down range.
Some Officers spend their flight time playing cards while others take the time to catch up on sleep. Major Bill Wickett catches a few Zzz's on the way.
​Lieutenant Bill Basaraba and Master Warrant Officer Eric Tyldesley-Gore appear to be enjoying the flight. Once on the ground, there's vehicles to be assigned and others to be signed for. Captain Bob Mugford mans the Battery Command Post.
The 3rd Regiment Royal Canadian Horse Artillery even provides the B Battery Commander Tactical Vehicle for the OPs. Of course there is also ammunition to be drawn by the Battery Sergeant Major Eric Tyldesley-Gore and brought out to the gun area.
Lieutenant Basaraba sets up his Troop Command Post on the tailgate of the 3/4 Ton.
The bare, frigid prairie gun line certainly makes one welcome the trees back home! Sergeant Don Friedsam's gun detachment.
Sergeant Minosky's gun detachment with Gunner Davies #2 and Gunner Luke #3.
Warrant Officer Bud Taylor brings out lunch with his BQMS team consisting of Privates Jackie Revell, Badger and Diane Grant. The Padre Captain Bob Foulis, Vic Stevenson and the MO Captain Kornder pose for the camera.
Reporter Donna Anderson from the Vancouver Sun accompanied the unit to Shilo and wrote up her impressions in the 10 March issue.  Donna is shown on the first page with the Commanding Officer, Lieutenant-Colonel Gary Bailey. On the second page we have Gunner Brian Brooks, Bombardier Craig Stewart, 3, Bombardier Mark Jackson,  Major Stuart McDonald, Private Judy Lutz, Private Diane Grant, 8, 9, 10, 11, Gunner Doug Storey 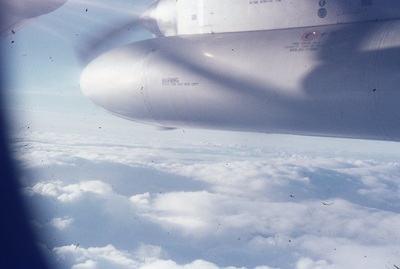 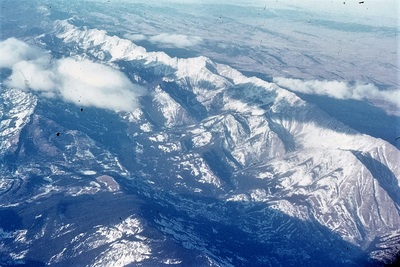 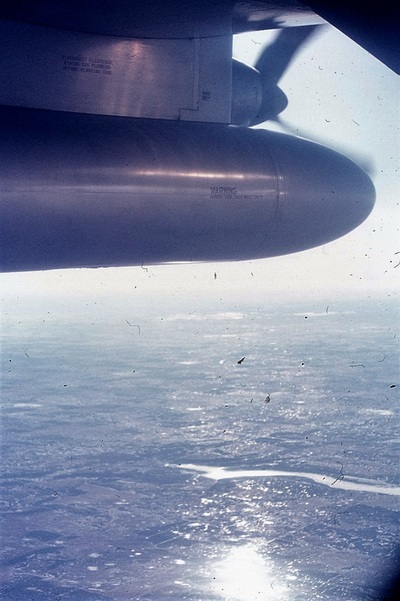 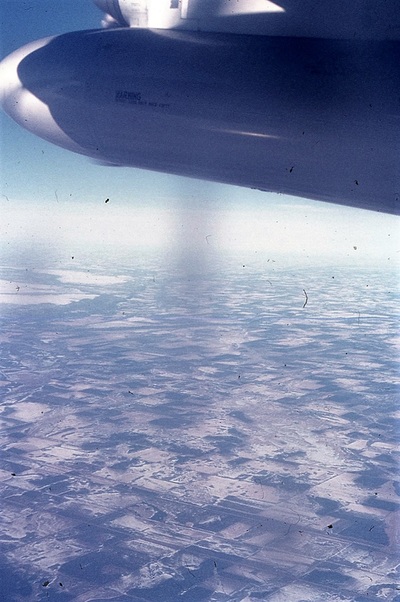 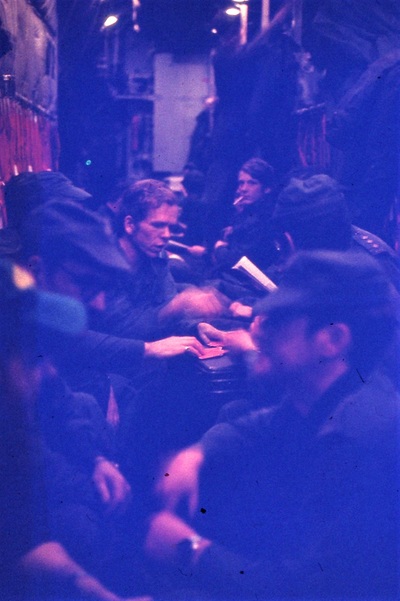 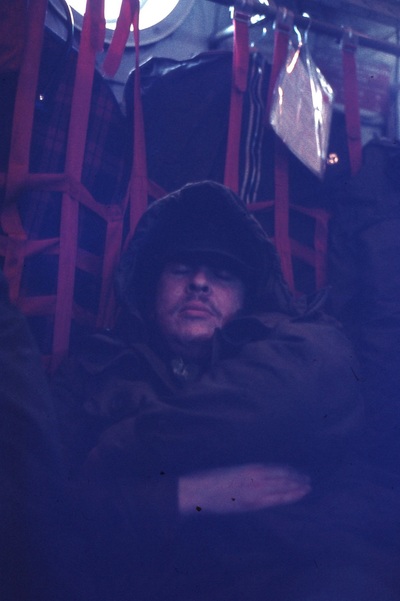 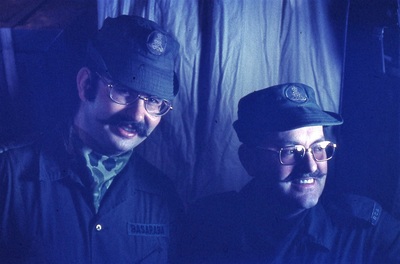 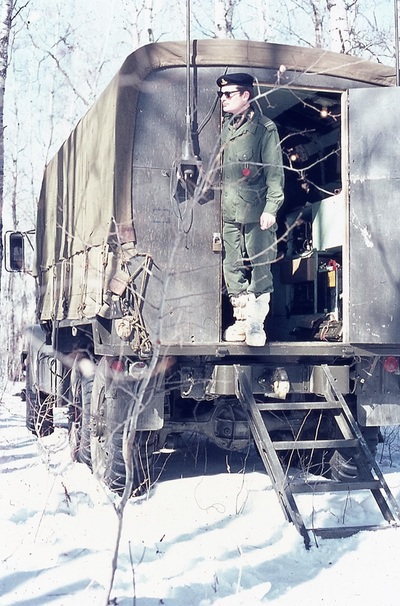 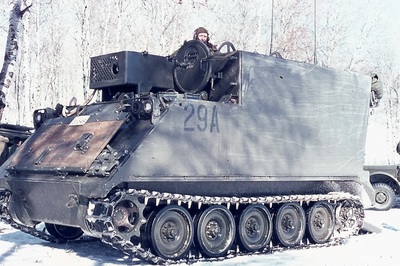 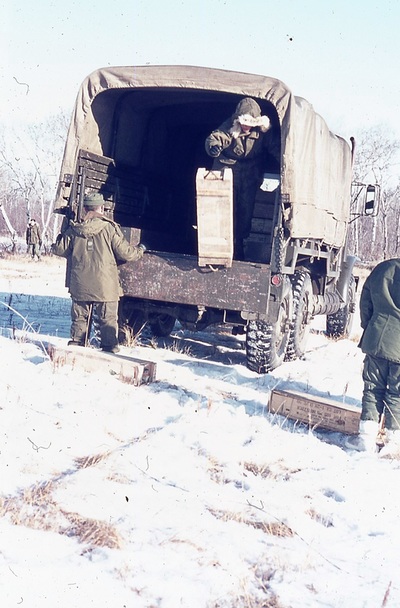 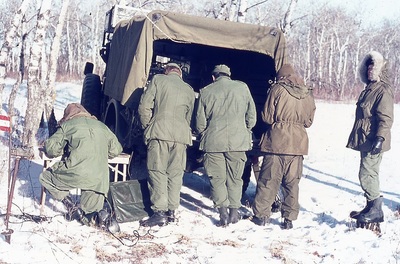 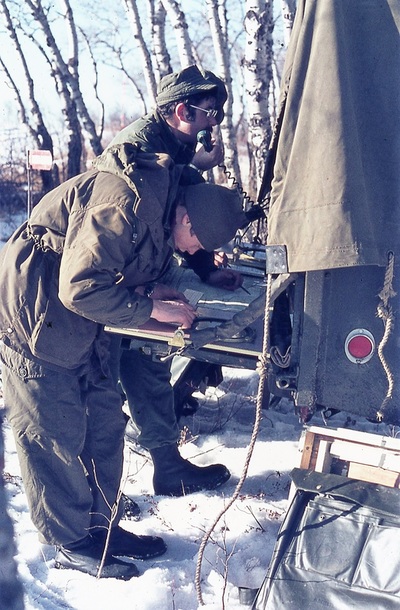 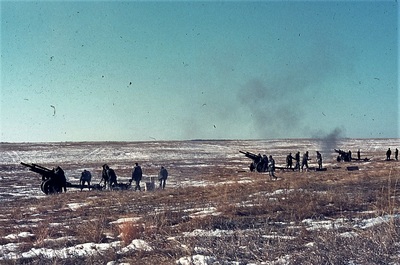 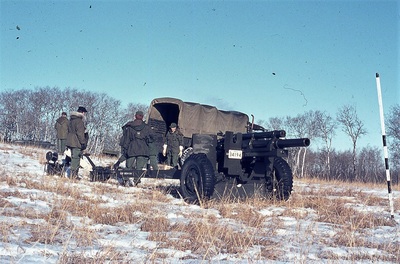 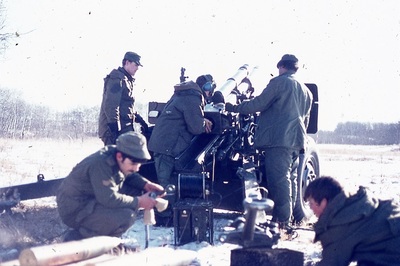 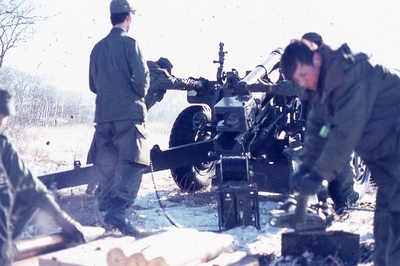 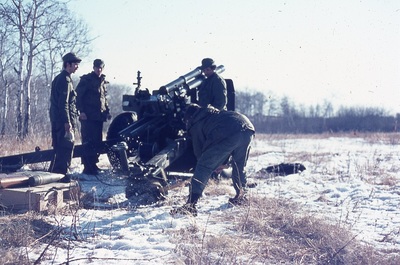 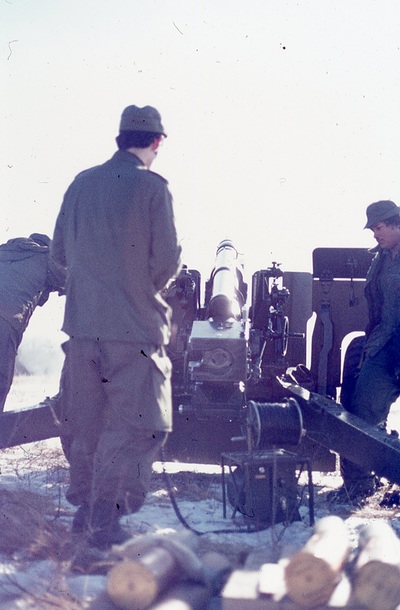 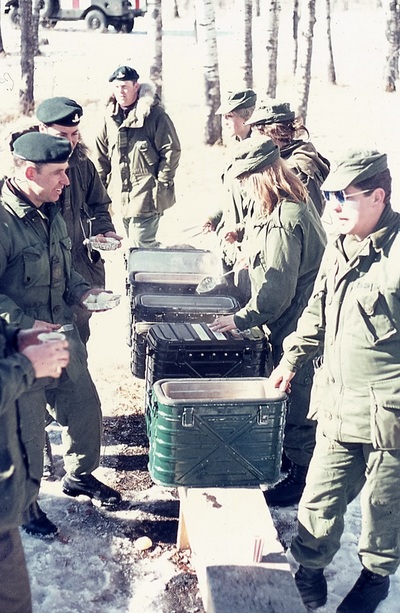 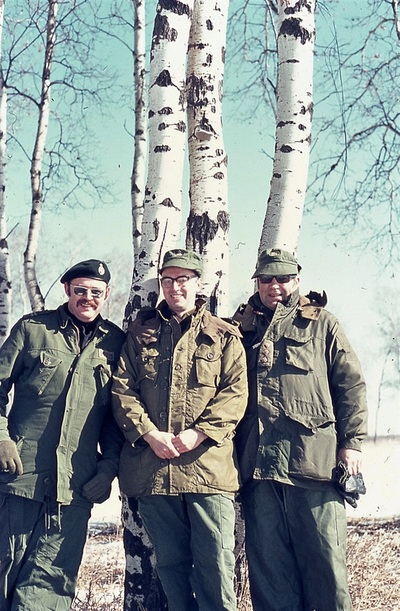 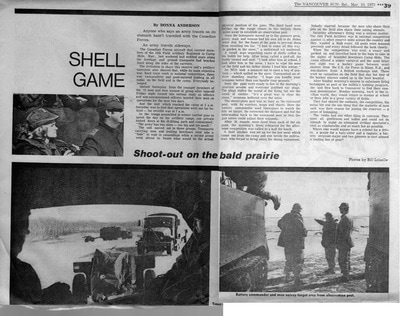 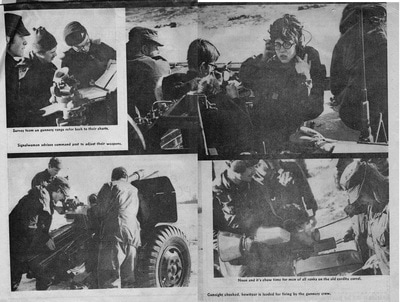 Back to 1973
Copyright © 2015, 2016, 2017, 2018, 2019, 2020, 2021
Webmaster/editor - Leon Jensen, OMM, CD, Commanding Officer 1998-2001, Regimental Sergeant Major 1986-1988
Additional photos and stories as well as comments regarding errors and omissions would be greatly appreciated. ​
​Have I inadvertently placed personal information of yours on line that you don't approve of?
​Please accept my apologies and contact me at president.vcrgunners@gmail.com and I’ll have it removed.