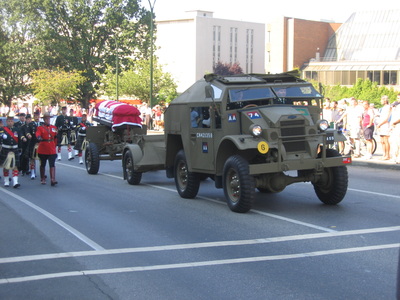 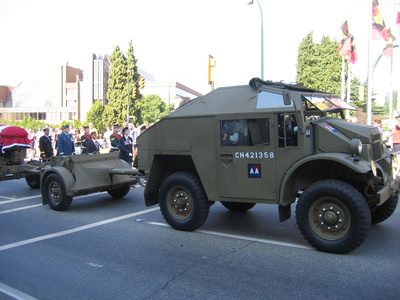 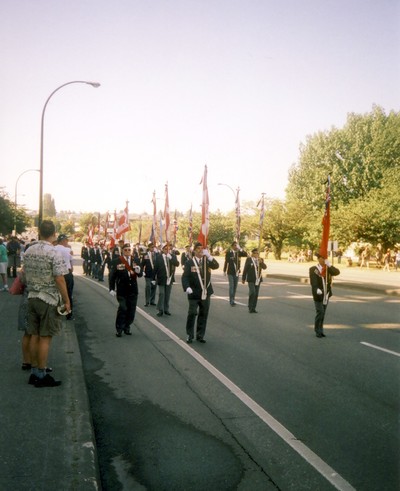 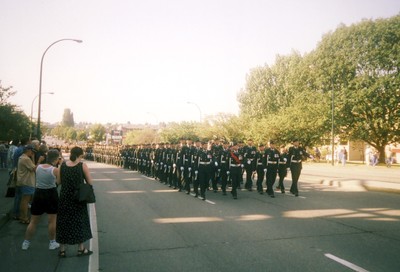 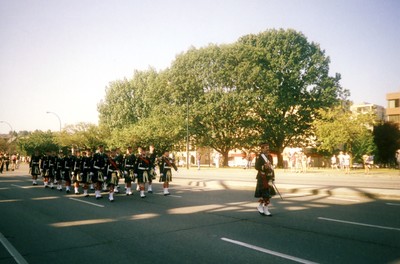 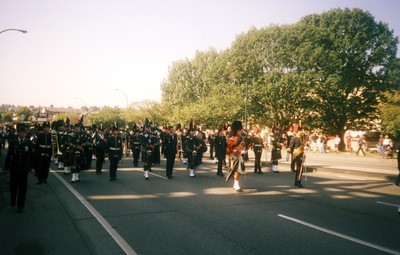 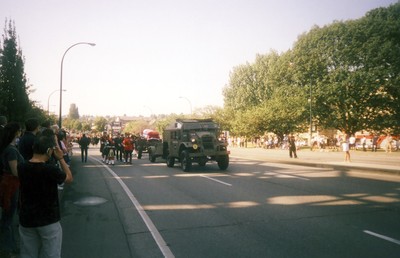 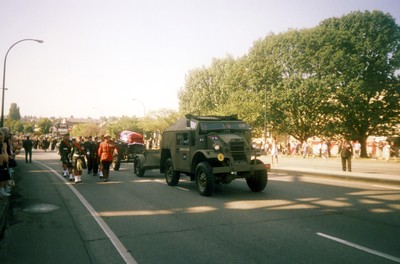 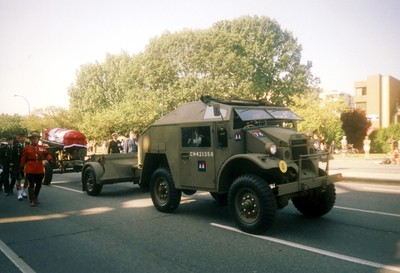 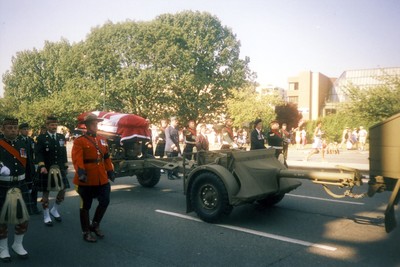 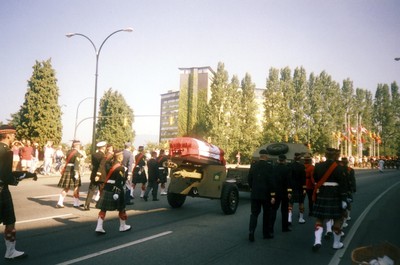 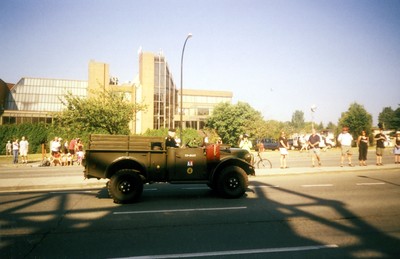 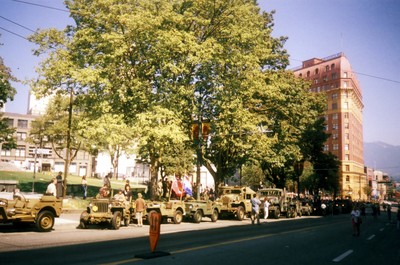 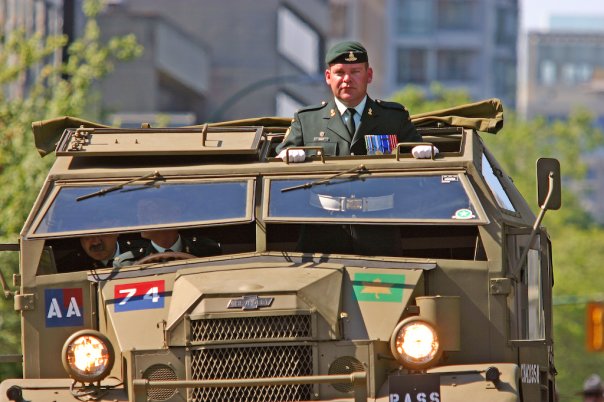 With the CDS and CLS as Honorary Pallbearers, Captain Gayton was their sole link to how the funeral process was unfolding. The timings were off by 30 minutes as the red serge wave of Mounties continued to come.
After a very long wait the casket was removed and the detachment was able to redeploy back to Bessborough Armoury in time to crack several Heineken in the Warrant Officers' and Sergeants' Mess before Major Jim Shortt, Brigade Chaplain, started the funeral proper. The troops lining the route were dutifully toasted as they were passed.

There are many funny stories of that whole process. There were the days of rehearsal where the gun detachment had to constantly beat it into the collective higher that the 25 pounder was a funeral gun and not a gun carriage and you can take all that black crepe off of our colours. There was the, “Why do you want us to practice going slowly when we are behind troops and moderate our speed according to them." And of course there was the bizarre timing of the CF-18s.

Everything appeared to come together for the final practise except for when the rolled down the platform and the Seaforth Highlanders of Canada pallbearers almost tossed it into the air. It appears that the mortuary had been in overnight which resulted in 220 pounds less in the way of contents.
Back to 2005
Copyright © 2015, 2016, 2017, 2018, 2019, 2020, 2021
Webmaster/editor - Leon Jensen, OMM, CD, Commanding Officer 1998-2001, Regimental Sergeant Major 1986-1988
Additional photos and stories as well as comments regarding errors and omissions would be greatly appreciated. ​
​Have I inadvertently placed personal information of yours on line that you don't approve of?
​Please accept my apologies and contact me at president.vcrgunners@gmail.com and I’ll have it removed.