VANCOUVER GUNNERS
Soldiers' Play at the Concert Party
The 15th Coast Brigade RCA and the BC Hussars seemed to have gotten together to stage a play at the Orpheum Theatre. We know very little about the event. In the Accessions Ledger, it only states that Sergeant F. DeWest is at the organ. The other facts that we know are that the BC Hussars were reroled as the the 1st Searchlight Regiment in May of 1939. Could we make an assumption that this play was produced prior to that event, although World War 2 did not begin until 10 September 1939?
The two newspaper articles from 1939 indicate a show by the title "Glimmers from the Glowworms" and also "Shellsapoppin'".  We're not sure if either of these titles reflect the work on stage in the photos. 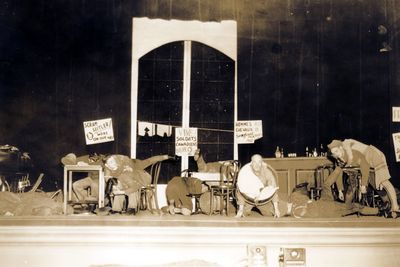 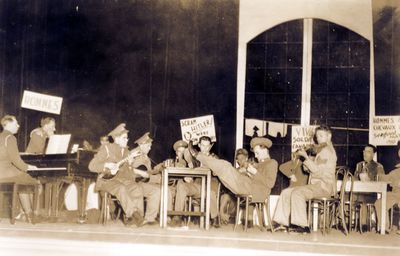 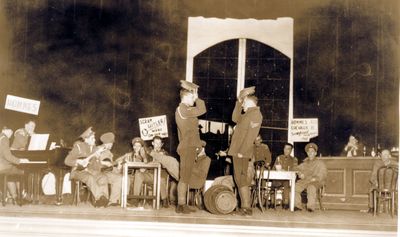 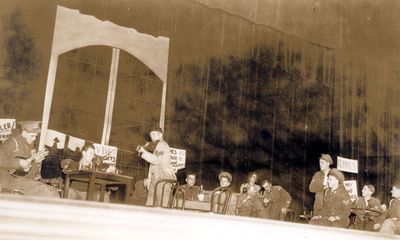 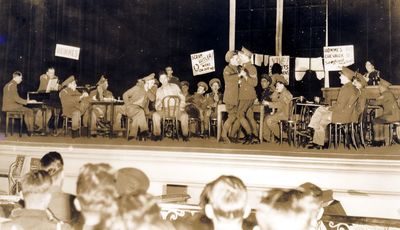 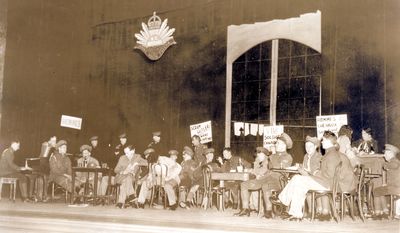 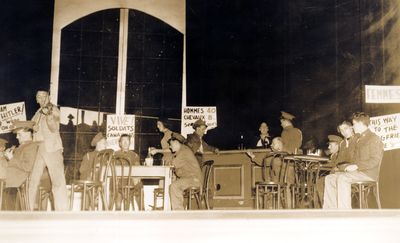 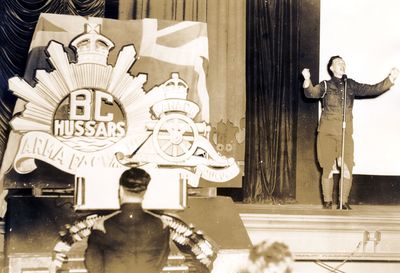 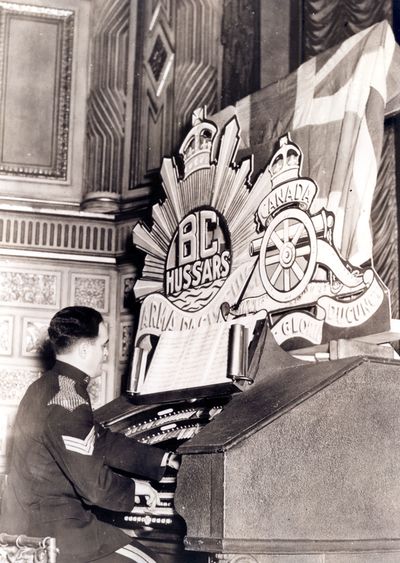 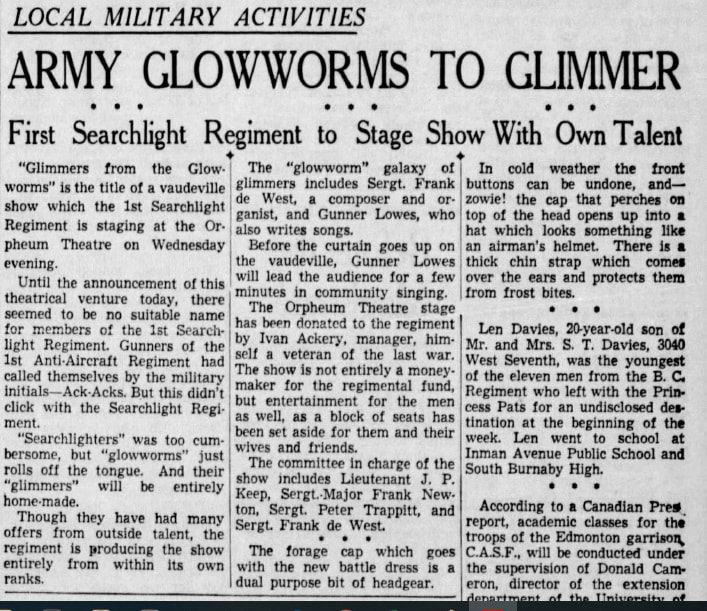 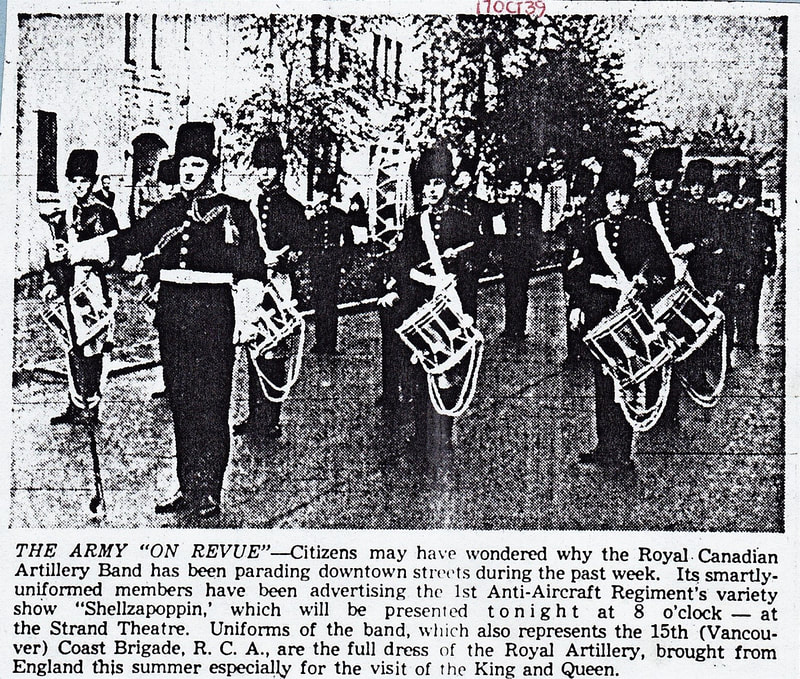 Back to 1940
Copyright © 2015, 2016, 2017, 2018, 2019, 2020, 2021
Webmaster/editor - Leon Jensen, OMM, CD, Commanding Officer 1998-2001, Regimental Sergeant Major 1986-1988
Additional photos and stories as well as comments regarding errors and omissions would be greatly appreciated. ​
​Have I inadvertently placed personal information of yours on line that you don't approve of?
​Please accept my apologies and contact me at president.vcrgunners@gmail.com and I’ll have it removed.