VANCOUVER GUNNERS
St Barbara's Day Dinner
The Officers' Mess held their Annual St. Barbara's Day Dinner on 21 January 1967 with a menu that was definitely French in inspiration.
The guests gather for a bit of a pre-dinner libation. The sliver of a face on the left is believed to be Barrie Clemons (Second in command). Then Colonel Dean-Freeman, Vancouver District Commander, Lieutenant Colonel Doug Anderson (behind, CO SHC), Captain Peter Clegg, Captain Phil Jones, Captain the Honourable Mr Justice Victor Dryer, Major Jim Griffiths, unknown, Major Dave Ames and Captain ‘Oakie’ Toombs.
The Commanding Officer, Lieutenant-Colonel Platt, smiles for the camera. Major Vic Stevenson.
Firing the miniature cannons on the Armoury floor.
Captain Bruce Longon poses for the camera. This photo appears to show the young subalterns engaged in a skit? Were you there? Can you tell me what's really going on? 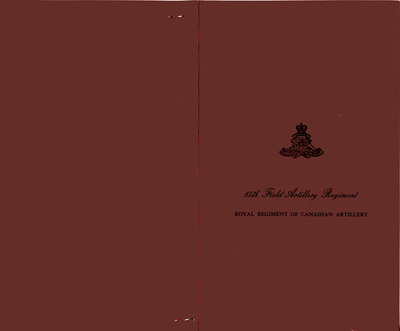 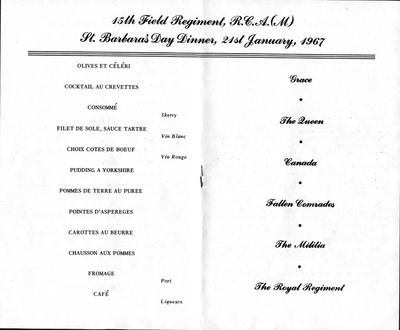 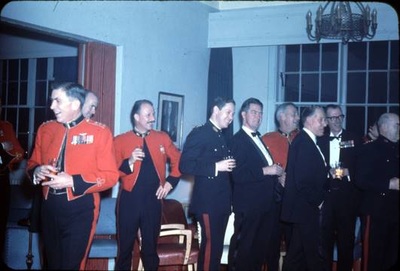 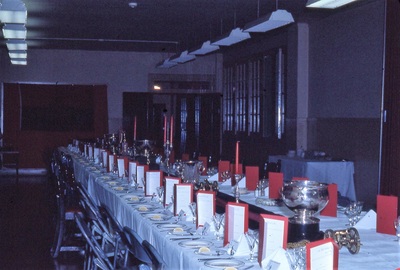 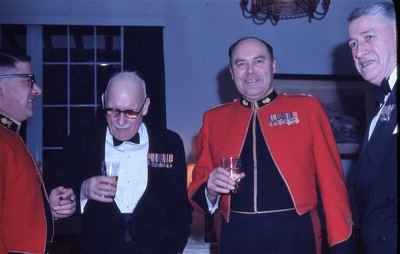 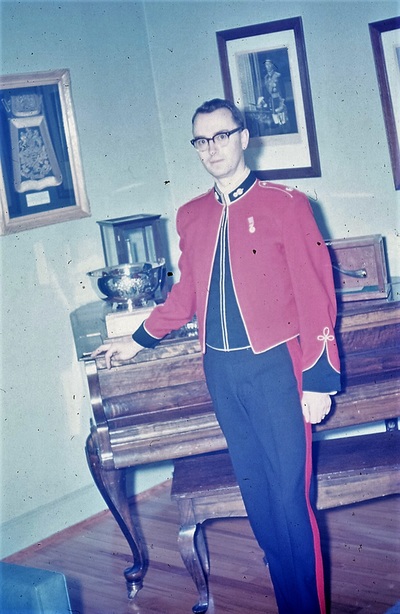 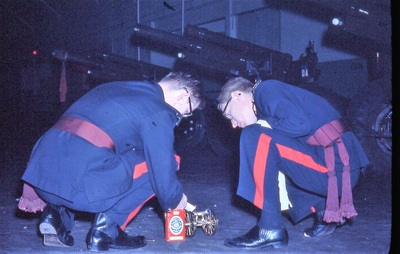 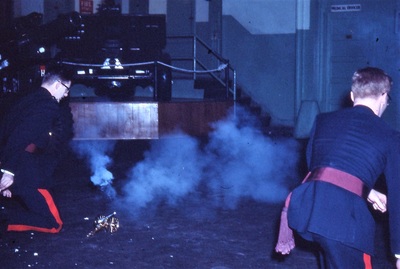 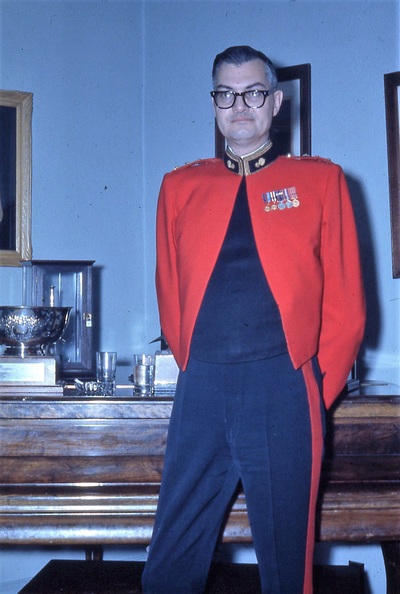 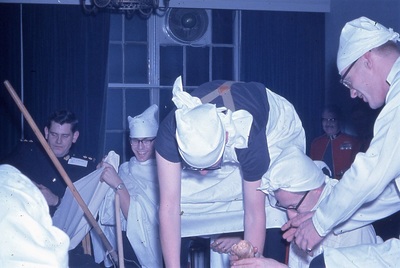 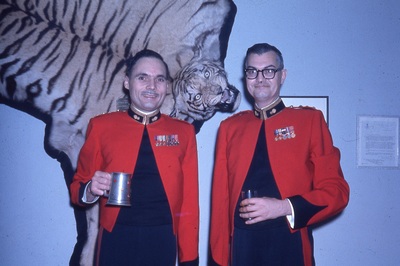 Back to 1967
Copyright © 2015, 2016, 2017, 2018, 2019, 2020, 2021
Webmaster/editor - Leon Jensen, OMM, CD, Commanding Officer 1998-2001, Regimental Sergeant Major 1986-1988
Additional photos and stories as well as comments regarding errors and omissions would be greatly appreciated. ​
​Have I inadvertently placed personal information of yours on line that you don't approve of?
​Please accept my apologies and contact me at president.vcrgunners@gmail.com and I’ll have it removed.