CONTEXT
UNPROFOR was established in February 1992 as an interim arrangement to create the conditions of peace and security required for the negotiation of an overall settlement of the Yugoslavian crisis. The role of the UN troops was to ensure that areas designated as "UN Protected Areas" (UNPA) became and remained demilitarized and that all persons residing in these areas were protected from fear of armed attack. The role of UN police monitors was to ensure that local police forces carried out their duties without discriminating against persons of any nationality or abusing any human rights. The force also assisted the humanitarian agencies of the UN in the return of all displaced persons who so desired.
There were several extensions of the original UNPROFOR covering the following purposes: reopening of the Sarajevo airport for humanitarian purposes; establishing a security zone encompassing Sarajevo and its airport; protection of convoys of released detainees in Bosnia and Herzegovina as requested by the International Committee of the Red Cross; monitoring arrangements for the complete withdrawal of the Yugoslavian Army from Croatia; the demilitarization of the Prevlaka peninsula and the removal of heavy weapons from neighbouring areas of Croatia and Montenegro (Res 779,1992); monitoring compliance with the ban on military flights (Res 781,1992); and the establishment of the United Nations presence in the former Yugoslav Republic of Macedonia.
ELIGIBILITY & CRITERIA
Awarded for 90 days consecutive service from 01 March 1992
DESCRIPTION
A circular bronze alloy medal, 1.4 inches (35mm) in diameter.
On the obverse, the representation of the UN symbol surmounted by the straight letters UN, both in bas-relief.
On the reverse, an inscription bearing the words, "IN THE SERVICE OF PEACE" in English (and only in English).
A 0.5 inch (12mm) bronze ring, which holds the ribbon, passes through a small hollow ball at the top of a claw joined to the top of the medal.
The ribbon consists of a background of UN blue, with a central wide band of red, representing the United Nations Protected Areas (UNPAs), flanked by thin stripes of the white. On the left side there is a narrow band of green, representing forests, and on the right side, a narrow band of brown, representing the mountains.
BAR(S)
There is no bar to this medal.
WEARING
The medal shall be worn in sequence prescribed in the Canadian Orders, Decorations and Medals Directive, and in the following manner:
on the left breast, suspended from the ribbon described above, after the ONUSAL medal and before the UNAMIC medal.
POSTNOMINALS
The use of a post-nominal is not authorized for this medal.
​Major Leon Jensen CD deploys to Bosnia-Hercegovina with UNPROFOR as Watchkeeper/LO in the rank of A/Captain. Initial deployment orders were with HQ BHC (Headquarter Bosnia Herzegovina Command) in Sarajevo but orders were changed on arrival at the airport in Split, Croatia to HQ SSW (Headquarters Sector South West). This headquarters was built around the British 4th Armoured Brigade and based in Gornji Vakuf, Bosnia Herzegovina. The Sector included 3 R22erR CANBAT), 2 British Battalions (BRITBAT and BRITCAVBAT), a Turkish Battalion (TURKBAT), a Spanish Battalion (SPABAT) and a Malaysian Battalion (MALBAT). 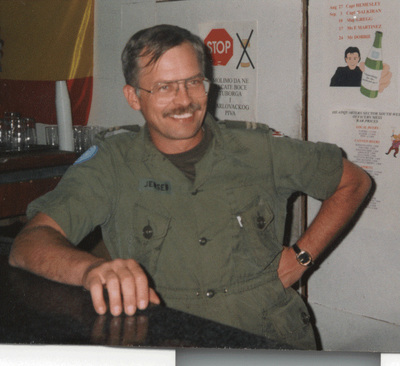 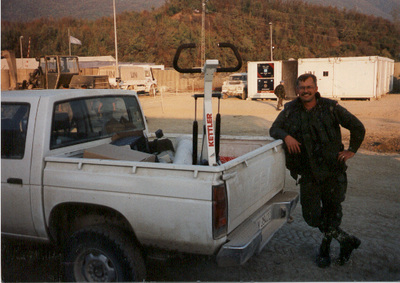 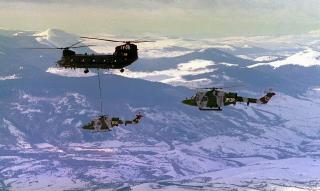 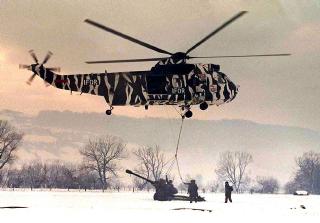 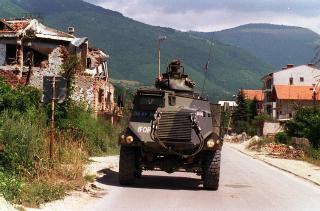 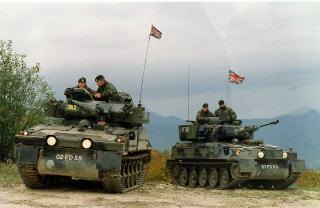 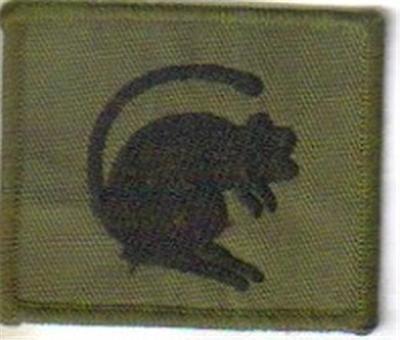 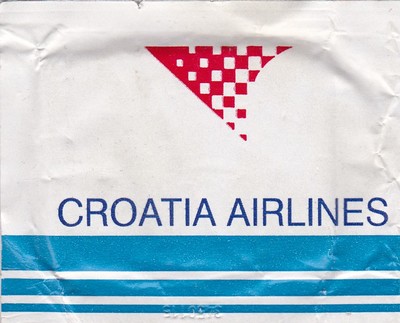 Back to 1995
Copyright © 2015, 2016, 2017, 2018, 2019
Webmaster/editor - Leon Jensen, OMM, CD, Commanding Officer 1998-2001, Regimental Sergeant Major 1986-1988
Additional photos and stories as well as comments regarding errors and omissions would be greatly appreciated. ​
​Have I inadvertently placed personal information of yours on line that you don't approve of?
​Please accept my apologies and contact me at president.vcrgunners@gmail.com and I’ll have it removed.