VANCOUVER GUNNERS
Visit from 21st (Gibraltar 1779-83) Missile Battery, RA
The visit by the Commanding Officer, Second in Command and Regimental Sergeant Major was reciprocated by 21st (Gibraltar 1779-83) Missile Battery, RA as they sent over a three person team consisting of Second Lieutenant R Sampson,  Sergeant Brian Penk and Sergeant Dave Burton.
The visit included social activities in the Messes where the Officers' Mess hosted a buffet luncheon. In the Warrant Officers' and Sergeants' Mess, the two young Sergeants were introduced to the fine art of "Gonging" by the RSM, Chief Warrant Officer Brian Cormier assisted by Sergeant Brian Harmon and Sergeant Bill Amos. Warrant Officer Al Yelland accepted a photograph on behalf of the Mess of the 21st (Gibraltar 1779-83) Missile Battery, RA firing their Honest John missile. The days activities were concluded with a firing of the miniature cannons on the parade square.
The visit was not all mess activities. Our British cousins also accompanied the unit on its annual MILCON live firing exercise in Shilo, Manitoba. 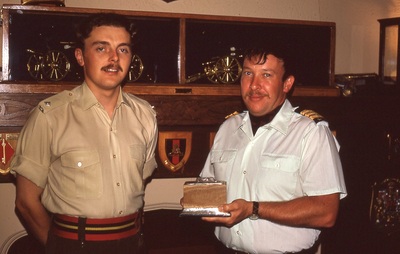 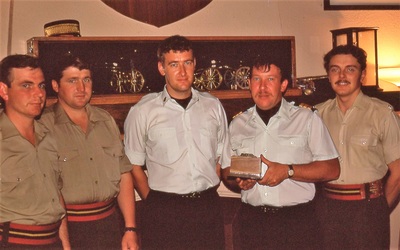 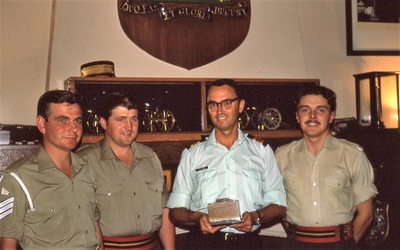 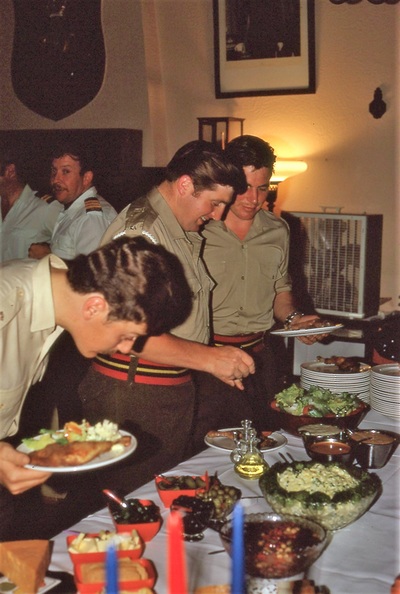 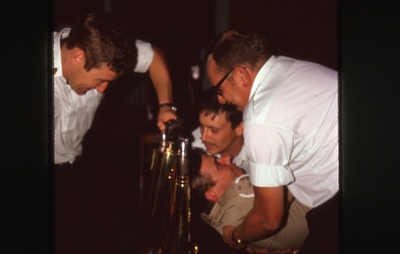 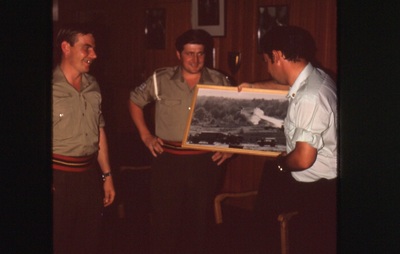 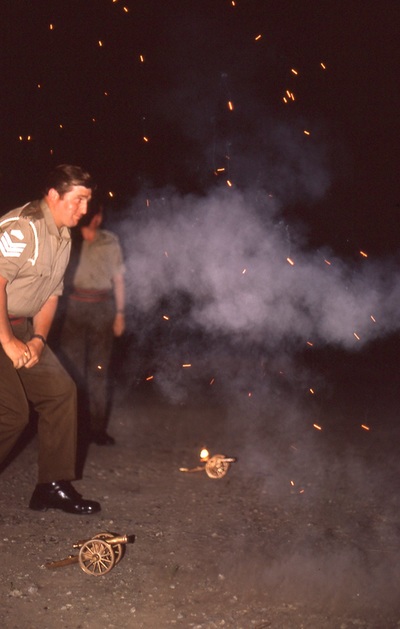 Back to 1974
Copyright © 2015, 2016, 2017, 2018, 2019, 2020, 2021
Webmaster/editor - Leon Jensen, OMM, CD, Commanding Officer 1998-2001, Regimental Sergeant Major 1986-1988
Additional photos and stories as well as comments regarding errors and omissions would be greatly appreciated. ​
​Have I inadvertently placed personal information of yours on line that you don't approve of?
​Please accept my apologies and contact me at president.vcrgunners@gmail.com and I’ll have it removed.