VANCOUVER GUNNERS
Shilo - 1967
Another set of Shilo photos that was labelled 1967. Is it the same exercise? One seems to be colder than the other. Lieutenant Stuart McDonald discusses the gun layout with Staff Sergeant Heinz Winter. Lieutenant Jim Clarke's highlights the current situation with Captain Barrie Hamilton and Second Lieutenant Mike Bennett.
Lieutenant Jim Clarke observes as the Second Lieutenant Bennett passes orders to the guns in one troop while Sergeants Harmon? and  Edward (Ted) Johnson look on. In the other troop, Lieutenant Davidson receives an update on the telephone from the Battery Command Post.
The Commanding Officer, Lieutenant-Colonel Gordie Platt receives an update in his jeep. The lunch deuce and a half has Staff Sergeant Heinz Winter on the left, Lance Sergeant Eric Tyldesley-Gore at the tailgate and the red head could be either Lance Bombardier Dave Strebe or Don Friedsam. 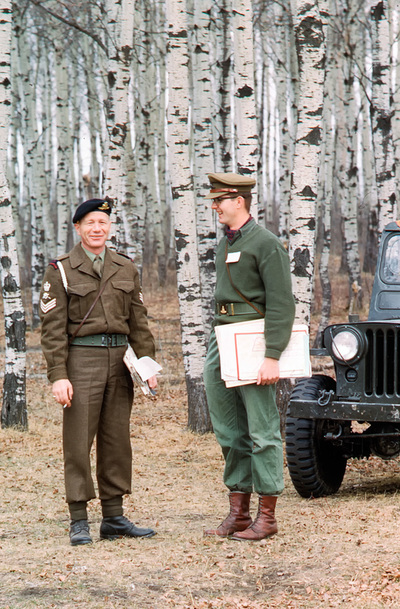 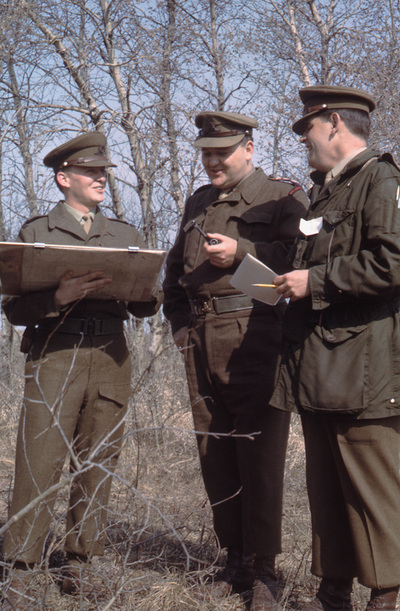 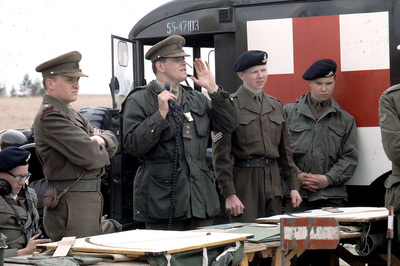 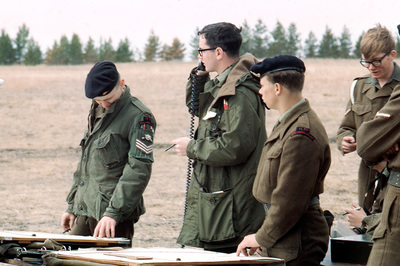 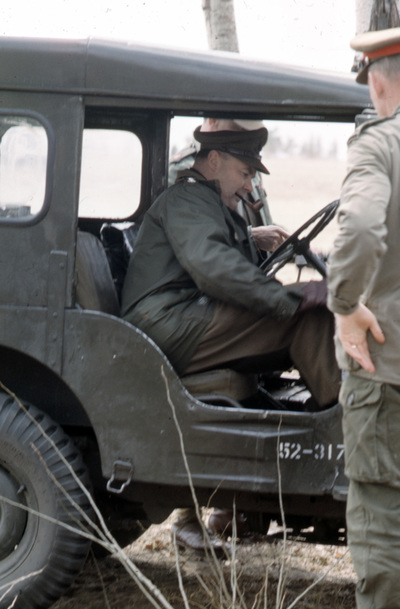 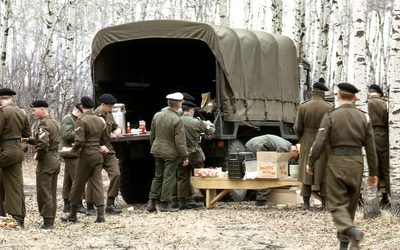 We need some help with these photos. Same exercise as the previous 6 photos but I can only identify Staff Sergeant Heinz Winter in the two photographs. Can anyone out there give me some additional names? 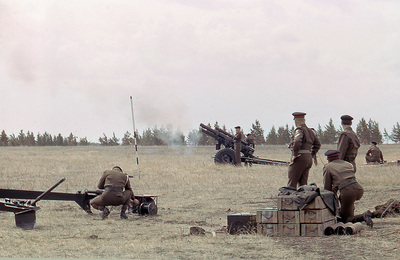 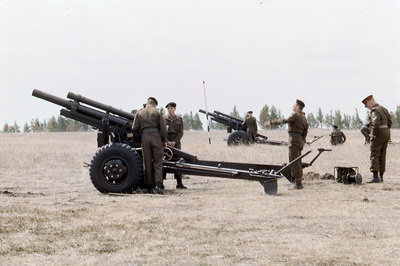 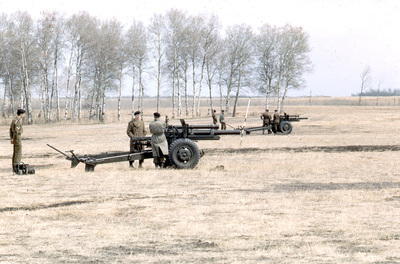 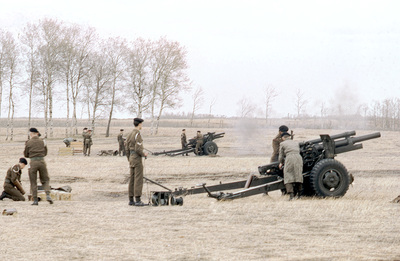 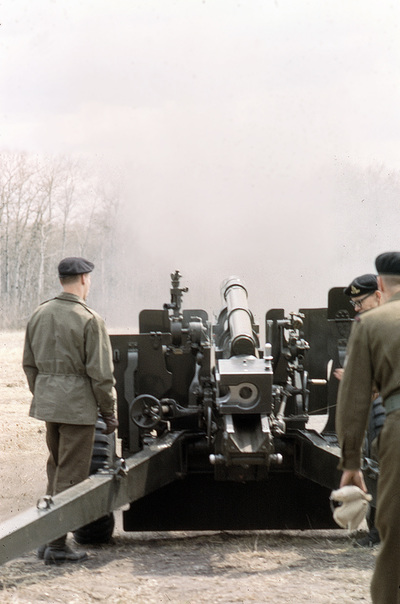