VANCOUVER GUNNERS
Yorke Island - 70th Anniversary 2010
Ross Keller provided a tour of Yorke Island for members of the 15th Field Artillery Regiment Museum and Archives and other interested parties including some of the crew of the Aurora Explorer. One of the crew confirmed his story of finding pieces of lead from cedars he had cut for shakes in his younger years from the hillside on Vancouver Island. The lead came from the gun detachments  test firing or, as more popularly known as "cutting the grass" or "mowing the lawn". This was Vic Stevenson's final trip to Yorke Island, but his name lives on through the 85VICS, a double acronym: Volunteer Interpretation and Cleaning Squad / Vic Stevenson. 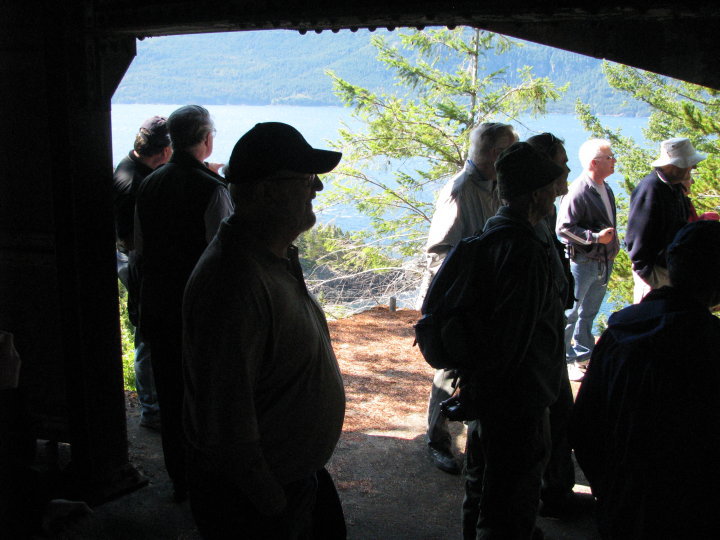 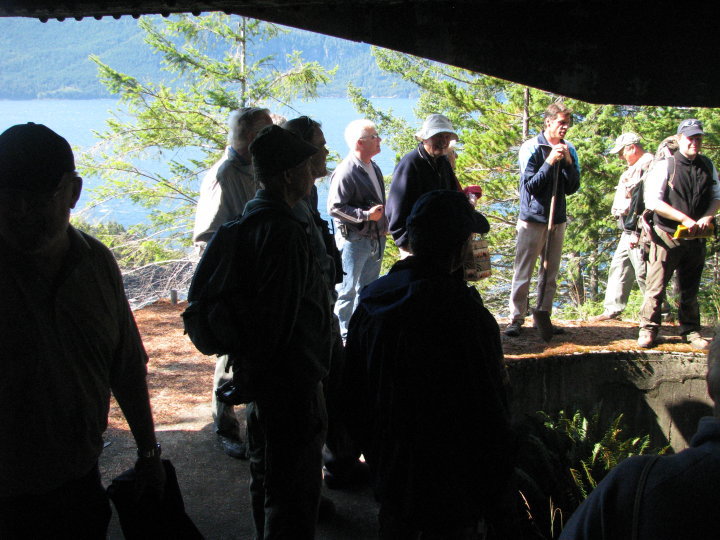 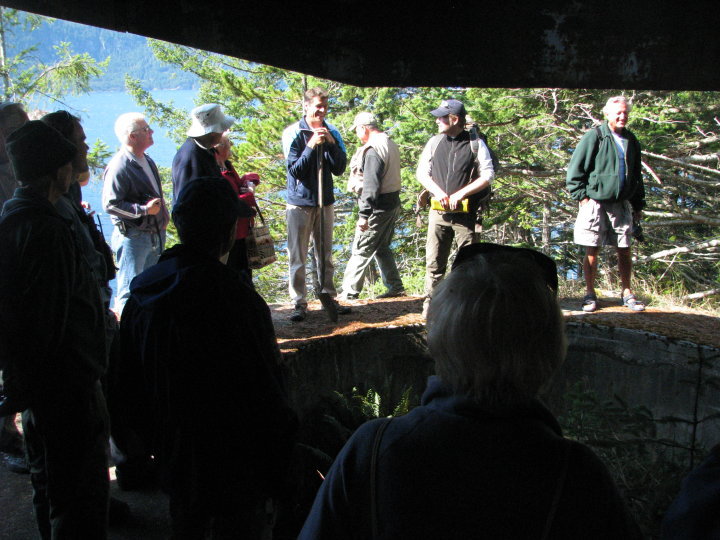 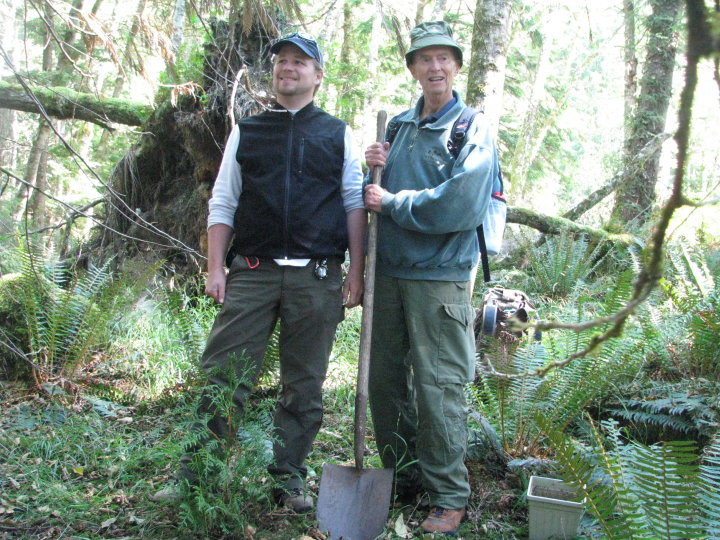 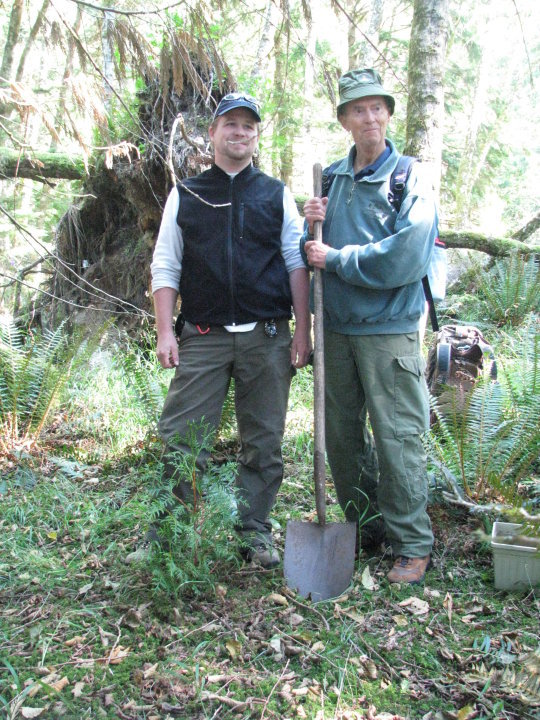 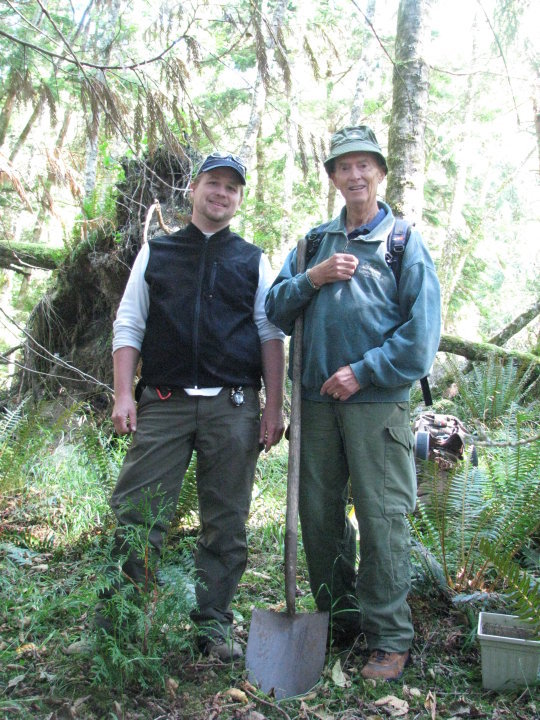