VANCOUVER GUNNERS
Yorke Island 75th Anniversary
​On 13 September 2014, ten members of the Regiment made their way to attend ceremonies marking the 75th Anniversary of the manning of the 85th Coast Battery on Yorke Island, BC.  The trip was made on a very limited budget with some of the meals funded by the Regimental Association.  Lodging was in five man tents on a campground with space donated by a former member of the Regiment, Private Terry Burnett (retired), who owns and runs the Fisherboy Park in Seyward, BC.  Transportation in vessels to Yorke Island was supplied by the Hardwicke Family.  The ceremony was attended by the Mayor, members of the Parks Service, former Gunners, local officials and the nephew of the only casualty on Yorke Island, Gunner Brunt.  Lieutenant-Colonel Brent Purcell appointed Mr. Ross Keller ‘Honorary Battery Commander of 85 Battery’ for his dedication and volunteerism to clear, protect and maintain the defenses on the island, along with his son and local volunteers.  Today, Yorke Island has an intact coastal fort that once mounted two 6 inch Breech Loading Mark 7 coast guns.  Along with the forts are an Observation Post, crew shelter, workshop, power building, ammunition storage rooms, three searchlight structures and other buildings and remains of infrastructure.
The Canadian Gunner 2014, Volume 49, March 2015 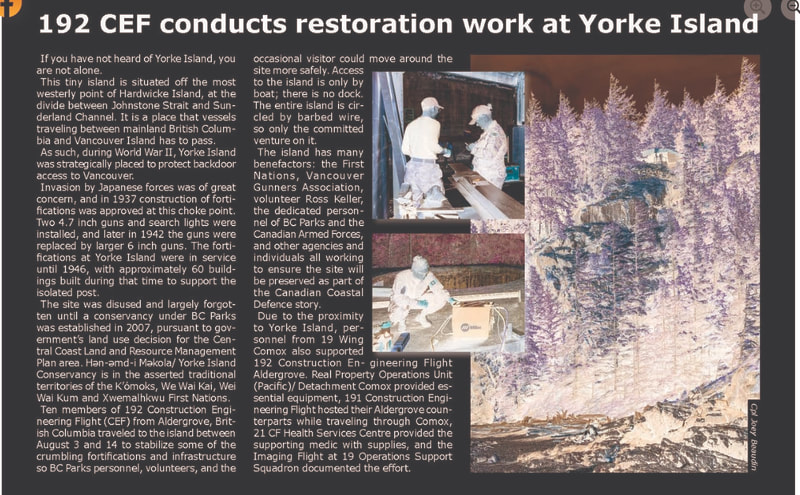 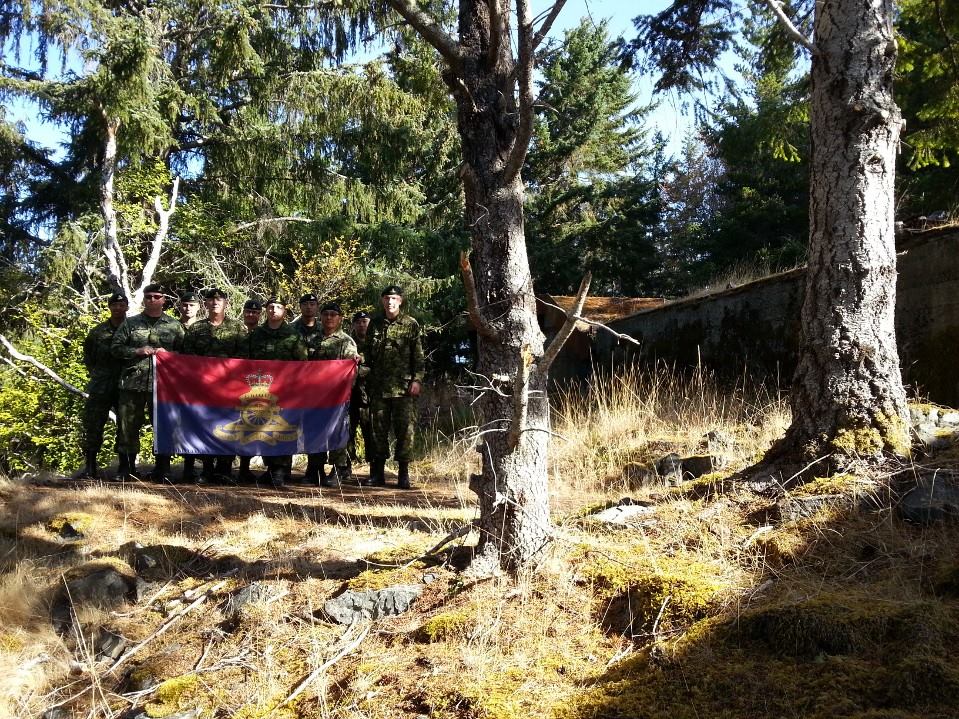