VANCOUVER GUNNERS
​​Yorke Island Field Days – 19-22 October 2017
Yorke island has a reputation for being a wet, dreary, overcast location where the soldiers constantly required wet weather gear with large gumboots in order to be able to survive. The weather forecast for our planned Field Days certainly aligned itself with that history. Three storms were lined up on the West Coast without a break. However, when it was pouring rain in Vancouver on Friday, it was was beautiful sunshine on Yorke Island!
Thursday night was the registration, meet n’ greet and discussion sessions at the Sayward Legion. The participants included BC Parks, BC Heritage, the Vancouver Artillery Association, the 85 VICS, the Village of Sayward, our consultants and other interested locals. It was a great opportunity to review comments made in previous consultative sessions and to review the proposed Vision for Yorke Island. 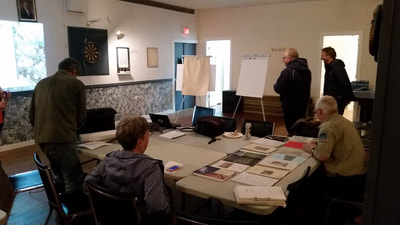 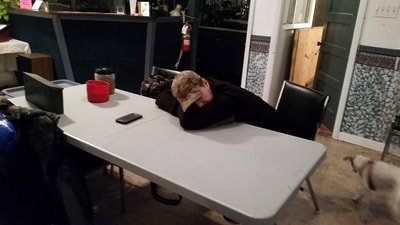 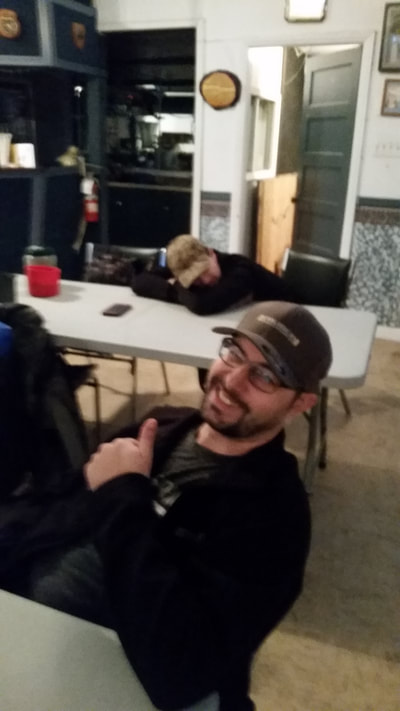 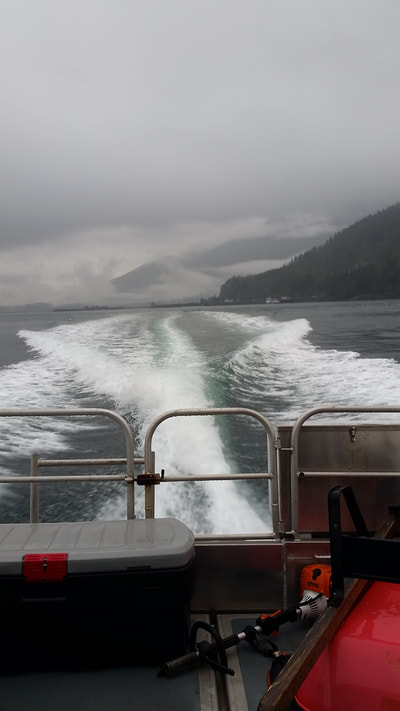 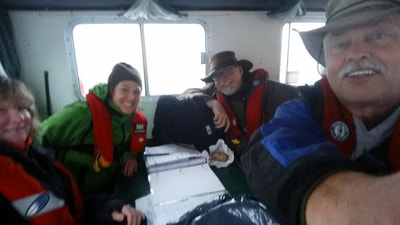 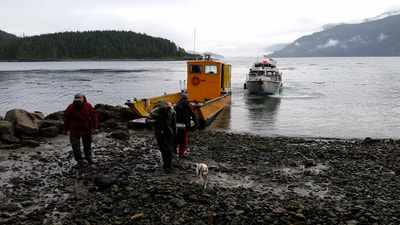 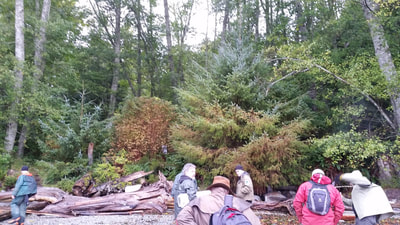 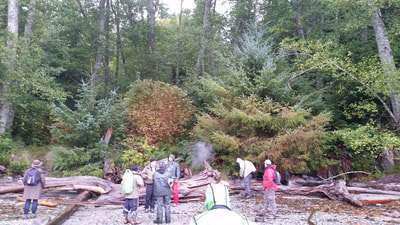 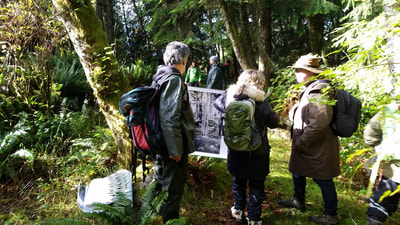 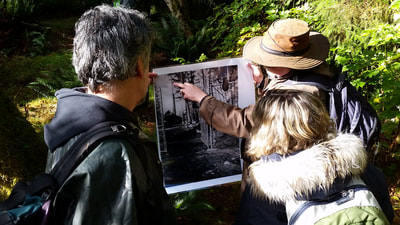 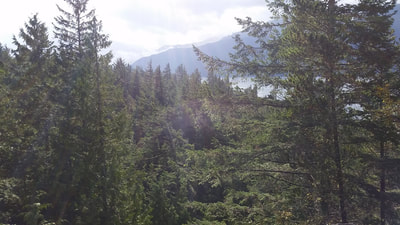 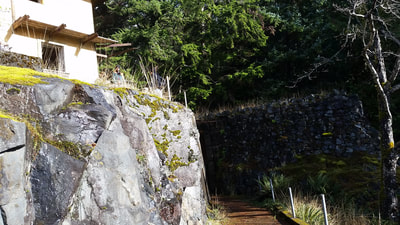 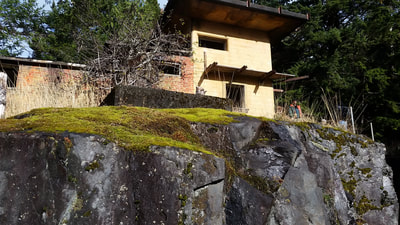 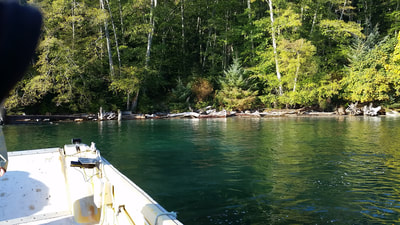 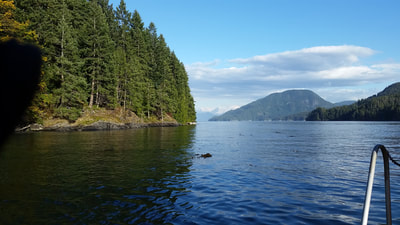 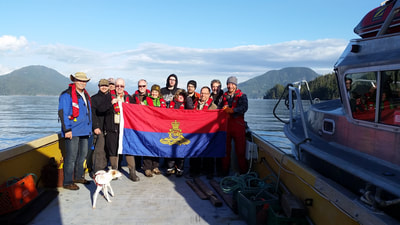 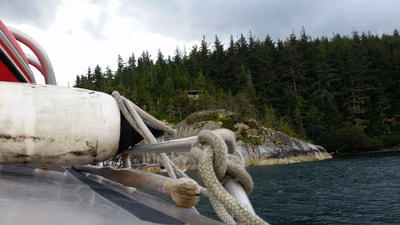 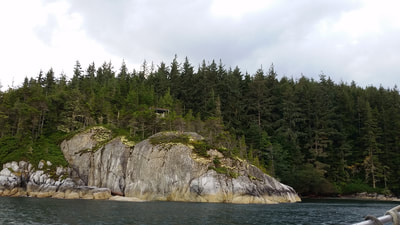 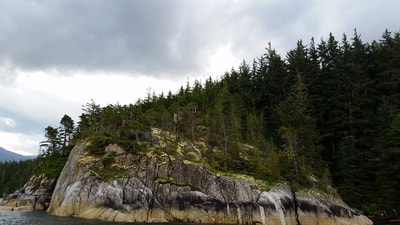 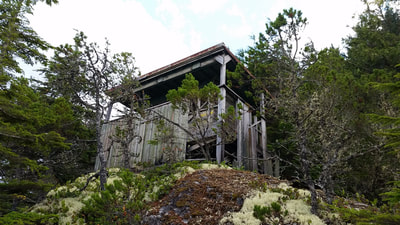 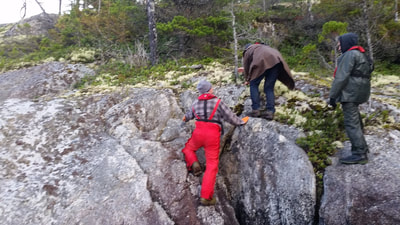 The national significance of Yorke Island’s military history is recognized and shared with the public in a manner designed to protect heritage values and enhance public enjoyment.
Visitors to Yorke Island experience a sense of discovery of the Island’s stories from its years as an active military site. These stories are presented for visitors in a subtle way, thus reflecting the mystique of the island that has emerged from its isolation and abandonment.
The island retains its ruggedness, with evidence of nature reclaiming the site, and with minimal management interventions, designed to stabilize priority structures and subtly reveal the military landscape.
The heritage values of the site are documented, priority structures are stabilized and priority landscape features are maintained to minimize negative impacts on heritage values and appropriately present Yorke Island’s story.
Through the fostering of appropriate partnerships and paying careful attention to maintaining Yorke Island’s “sense of place” and its heritage characteristics, some minimal heritage conservation efforts are explored on priority structures to support a “living history” element at the fort or other suitable areas of the site
From its continuing cultural importance to First Nations, to European settlement and timber harvesting, through its role as a national deterrent against naval attack, and now to its legacy as a provincial conservancy, Yorke Island remains a layered and dynamic entity whose narrative becomes richer with each generation.
The adjacent marine area is included to facilitate management of the island’s cultural, historic and recreational value, including visitor access, and the protection of important ecological values in the foreshore.
​Friday was a bit of a rocky start as we discovered that the Sayward Legion was not acceptable for overnight accommodation. Loud noises from the fridges resulted in little to no sleep for the 85 VICS who probably felt like they had just spent a long night at the bar. Come to think of it, that’s was actually what they had done, without alcohol. The boat ride to Yorke Island and a day full of discussion on the future infrastructure of Yorke. Some examples of that discussion include:
-Should there be an entrance at the wharf area and also one at Courtenay Point? Later discussion with Captain Eric confirmed that the wharf area should be the single point of entrance as Courtenay Bay was not the best moorage area due to the potential harm from south-easterlies.
- What should the entrance way look like in the future? Additional discussion and professional assessment is required on the foreshore area but all we in agreement that there should be some clearing done to prevent future damage to the Officers’ Quarters building and to allow access to a tenting platform for kayakers.
- The roadway was discussed to determine the extent of future trail clearing. It was agreed that the roadway will not be brought back to its original condition but it does need to be kept clear for visitor access and drainage. It was noted that the roadway includes the drainage ditch alongside. Fallen logs should be cut back to the edge of the foliage so that they do not take away from the intended sightlines and they should be cut in such a manner that they align with the direction of the sides of the roadway.
- There are some areas of the roadway that appear to be collapsed possibly due to a rotted drainage system. This requires future investigation and planning in order to develop a suitable plan.
Many more topics were discussed, far too many for the limited space of this website but all recorded by BC Parks for future distribution.
The evening concluded with an excellent chili dinner and an additional round table discussion. Unfortunately, the weather forecast appeared dire for Saturday.
Saturday morning arrived wet. While the winds were not too severe, there was a gale force warning for the channel which was warning of possible cancellation of BC Ferry sailings from Nanaimo. While the 85VICS were keen on going Yorkey, as they had made alternate sleeping arrangements the night before, the weather forecast was sufficient to prevent the BC Parks crew from attempting the crossing. It was decided to disband the meeting at that point and the 85VICS held a four hour roundtable to determine future plans. Circle your calendars between 25-28 January for a "Winter Yorkey."
For those that are unfamiliar with the 85VICS, they are the Yorkey bunch who voted on applying the moniker 85  Volunteer Interpretation and Cleaning Squad to their sub-group of the Vancouver Artillery Association.  The name reflects the connection with 85 Battery and the acronym VICS relates to Vic Stevenson, a former Honorary Lieutenant-Colonel of 15th Field Artillery Regiment who kept the Yorke Island history alive for many years.
Standing Orders and Part I Orders for the 85VICS should be promulgated shortly.