VANCOUVER GUNNERS
Yorke Island
Twenty-four hour manning of the guns and lights continued along with regular firing practices, the last of which took place August 10th, 1945. By this time an air of expectancy hung over the Island as the war drew to a close and their release from "confinement" on the Island was at hand. During the daily inspection of quarters by the Battery Captain on August 14th, he found all available radios turned on in hope of catching the news of the impending surrender. At 4:00 p.m. the BBC radio announced Japan's acceptance of surrender and the General Alarm siren was blown and an order was issued that Sunday routine would follow the next day.  The moment they had been waiting for had arrived at last. However, it would be another 12 days before the Examination Service would cease its operational role and one more day before orders would relieve the gunners from their watches. Yorke Island had come to the finale of its operational role almost six years from its beginnings as the northern anchor to the Vancouver defences.
Almost immediately procedures for disbanding the battery and the return of equipment and stores to Vancouver were prepared. Guns were cleaned for the last time and put in maintenance. On October 17th, 1945, at 11:00 a.m. the last of the battery personnel with Major A.G. Macdougall left the Island aboard the Army Service Corps boat General MacKenzie, ending the longest occupation of a fort by a battery of the 15th Coast Regiment. Thankless but vital, the task was well done.
​Vancouver Defended, Peter Moogk, page 93 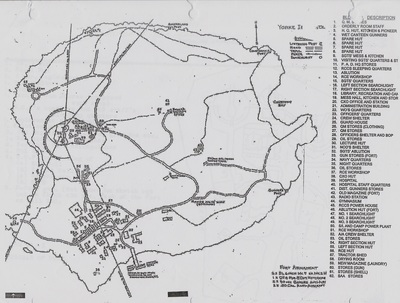 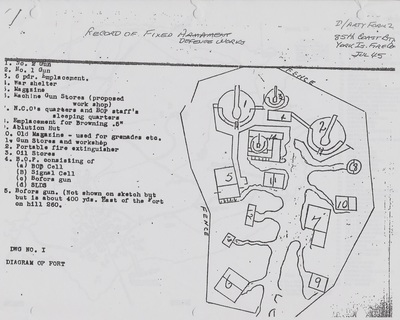 Return to Vancouver Defences 1945
Copyright © 2015, 2016, 2017, 2018, 2019, 2020, 2021
Webmaster/editor - Leon Jensen, OMM, CD, Commanding Officer 1998-2001, Regimental Sergeant Major 1986-1988
Additional photos and stories as well as comments regarding errors and omissions would be greatly appreciated. ​
​Have I inadvertently placed personal information of yours on line that you don't approve of?
​Please accept my apologies and contact me at president.vcrgunners@gmail.com and I’ll have it removed.