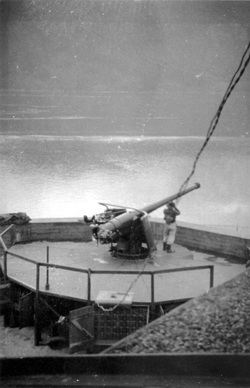 Brian Kieran - Campbell River Mirror Nov 8, 2012 at 3:00 PM
The Yorke Island Battery was established in 1938 as part of Canada’s coastal defences. It was on isolated posting far from the theatre of war and was decommissioned in 1946.
Royal Canadian Artillery Gunner Wallace Brunt died on duty in 1941 here on the West Coast far from any Second World War battlefield and a local war historian is determined that his death will be more than a distant footnote in history.
Campbell River resident Ross Keller, who says his “personal passion” is the history and legacy of the Yorke Island Battery near Sayward, wants to raise public awareness about the service and drowning death of the 27-year-old soldier and help create a memorial to the gunner here where he served and died.
Currently, Brunt is remembered on the Canadian Virtual War Memorial posted on the Internet by Veterans Affairs. He is also listed in the Second World War Book of Remembrance. And, Keller says, his name appears on the St. John’s Cenotaph in Newfoundland.
The Yorke Island Battery was established in 1938 by the War Department as part of Canada’s coastal defences. The site was equipped with a range of weaponry including two 40mm Bofors guns at two different sites.
Three carbon arc searchlights were positioned to maintain a night fighting ability. Sixty buildings were erected to support the garrison. A major challenge with Yorke Island was a lack of drinking water.
It was while he was participating in a work party fetching water from Hardwicke Island in Sunderland Channel that Brunt was dragged overboard when he got caught in a tow line to a sinking rowboat. Despite the efforts of his fellow soldiers he drowned.
“The family of Gunner Brunt was devastated by his loss with the story being that his wife was grief stricken and affected by his loss dramatically,” Keller says. “His family was never satisfied by the findings of the military and felt very poorly treated by the powers that be at the time of a court of inquiry in Vancouver.”
Keller says the grim situation was compounded when Brunt’s name was “incorrectly put onto the St John’s cenotaph as a sailor lost at sea when he was killed on a different ocean.”
“I wonder if he should be listed in Campbell River or Sayward, on the closest cenotaph to where he was killed?”
Keller says thought could also be given to erecting a cairn on Yorke Island.
Ottawa-based Veterans Affairs spokesperson Simon Forsyth says there is no national protocol that stands in the way of such an initiative and that a project like this should probably start with the relevant community groups that care for individual cenotaphs on Vancouver Island.
Forsyth says if there is a group locally that wishes to honour Brunt they may be eligible for federal government assistance by applying to the Community War Memorial Program which helps citizens “commemorate the achievements and sacrifices of those who served Canada in times of war, military conflict and peace.”
Yorke Island was an isolated post and as the threat of attack diminished the garrison was decommissioned and the fort was abandoned by early 1946. Yorke Island is now a Conservancy protected by BC Parks. Recent efforts by volunteers and local groups have now allowed for a major clean up at the fort.
Trails have been cut and marked to areas of safe access and interest including extensive remnants of the bunkers, gun emplacements and buildings.
The Fort at Yorke Island, 1937-1945 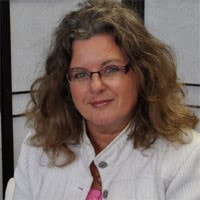 Time and Date: 7pm, Tuesday, November 6, 2012
Location: Rotary Gallery of the Courtenay and District Museum
Speaker: Catherine Marie Gilbert
Tickets: $6 for non-members; $5 for museum members (plus HST). Advance tickets are recommended and will be available mid-October.
During World War II, one of Canada’s least known military fortresses was built on Yorke Island, BC, just six kilometers northeast of Kelsey Bay. The fort was armed with guns, searchlights, examination vessels, and upwards of 500 men. From 1937-1945 this was Canada’s key western defence against Japanese attack.
Life for the soldiers on Yorke Island had to be self-sufficient, but there was plenty of interaction with the local population. The locals never forgot these soldiers, who sometimes took shots at them, but who were also grateful for their hospitality when so far from home.
Guest speaker, Catherine Marie Gilbert will base her presentation on her recently released book Yorke Island and the Uncertain War (Ptarmigan Press, 2012). Copies of the book will be available for purchase and signing after the lecture.
A born adventurer, Catherine has had several careers that include teaching and travel counselling. A native of Ontario, she has lived in various places including England, Switzerland and California.
She studied Canadian History at York University in Toronto and Fine Arts and Journalism at North Island College in Comox, BC. Her poetry was first published in a Northern Ontario anthology in 2000, where it won an award, and since then her articles and photographs have appeared in the BC Historical Federation Journal, the Western Mariner, Island Word and the Campbell River Mirror, and the local history Surviving Strathcona Style. Her short historical fiction piece, ‘I Married Lord Bacon’ is included in a Northern Vancouver Island anthology Escape being released this November.
She has lived on Vancouver Island for 12 years, residing in Storries Beach, and works at the Museum at Campbell River
Back to 2012