Gunner John Douglas Beales
Passed away suddenly on January 1, 1989 in Parksville, B.C., at the age of 90. He enjoyed life to the fullest. Sadly missed by his loving family, daughter and husband, Betty and Ron Hackett; grandchildren, Kerry and Robin and great-grandchild, Vanessa. Following cremation his ashes will be scattered on the sea he loved.
Gunner Beales was a member of the 5th Canadian Siege Battery, Canadian Garrison Artillery in World War I. 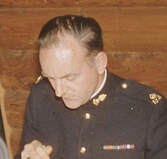 Major Albert Forrester (Bert) Black
Of Port Alberni, B.C., passed away Monday, May 29, 1989, at Nanaimo Regional Hospital in his 83rd year.
Survived by his beloved wife of 59 years, Kay; his daughters: Betty Willing (Doug), Helen Konetzka (Herb), all of Port Alberni, Joan Ippen of North Vancouver, B.C.; and his son, Jim (Sharon) of Port Coquitlam, B.C.; his sisters Helen MacDonald, Dorothy Black, and Jean Wilson (Louis); also survived by twelve grandchildren and two great-grandchildren.
Bert was a graduate of UBC and taught for the Vancouver School Board for 43 years at Point Grey Jr. High, Fairview High School of Commerce, and retired from Prince of Wales. He was a former president of the Vancouver Secondary Teachers Assn and a founding director of the B.C. Teachers Credit Union.
During World War II he was a Captain in the Royal Canadian Artillery. He spent many happy years at his camp on Keats Island and at his waterfront home at Beachcomber.
A family graveside service will be held.
Arrangements by Parksville Community Memorial Chapel. 248-4644
In lieu of flowers, donations may be made to Fir Park Village, 4411 Wallace St., Port Alberni, B.C. V9V 7Y5 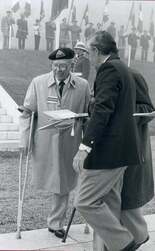 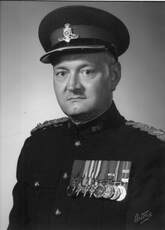 ​​​﻿​​​​Lieutenant-Colonel Walter Douglas Elsdon GM CD
Died peacefully at Peace Arch Hospital on October 26, 1989. He will be remembered with love, respect, and honour by his daughter and son-in-law, Kathy and Larry Gerard of Langley, B.C.; and family and friends. Doug served as a member of the Canadian Artillery during Second World War and was awarded The George Medal. He was Commanding Officer of the 15th Field Artillery Regiment R.C.A. (M) from 1962 to 1965. Doug will mostly be remembered for his active contribution to the mining industry of B.C. No service by request. If desired, donations to the Cancer Society would be appreciated.​ 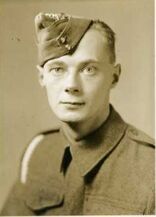 ​Gunner Terence Lee Ferguson
Gunner Ferguson was taken on strength with the  15th (Vancouver) Coast Brigade RCA on 3 July 1940 and transferred to the 1st Battalion Irish Fusiliers on 2 October 1941. He shipped overseas on 14 June 1942 and was transferred to the Calgary Highlanders on 30 October 1943. he then transferred to 1 Canadian Ordnance Reinforcement Unit on 11 May 1943. He qualified Storeman (Ordnance) Group 'C' and was demobilized 18 September 1945. He was awarded the Defence Medal, Canadian Volunteer Service Medal and the War Medal. Gunner Ferguson passed away 3 November 1989. 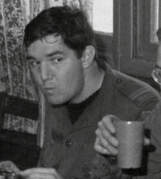 Captain Graeme William Stewart
January 17, 1961 - July 18, 1989
"When A Good Man Dies A Thousand Lights Go Out." Husband, Father, Son, Brother, Uncle and Friend Your death left heartache, but memories of your love are comforting and real.
Published in Vancouver Sun and/or The Province on July 18, 2009
Copyright © 2015, 2016, 2017, 2018, 2019, 2020, 2021
Webmaster/editor - Leon Jensen, OMM, CD, Commanding Officer 1998-2001, Regimental Sergeant Major 1986-1988
Additional photos and stories as well as comments regarding errors and omissions would be greatly appreciated. ​
​Have I inadvertently placed personal information of yours on line that you don't approve of?
​Please accept my apologies and contact me at president.vcrgunners@gmail.com and I’ll have it removed.