VANCOUVER GUNNERS
Unit Training 1928
The training exercise under the command of Major J.G. Chutter, MC on the week-end of June 9th, 1928 must have been a first for the Non Permanent Artillery. Excerpts from Major Chutter's report relate some facts of this experiment.
On Thursday evening we practised the hitching of 18 pdr. guns to motor trucks, so that on Saturday afternoon there should be no delay. We left the Horse Show building, our Armoury, at 3 o'clock, Saturday afternoon, 38 all ranks, 4 18-pdr. guns, 4 International trucks and 5 motor cars.
Before going any further I should mention that I had told the Battery Captain that we were going out for approximately 30 hours with approximately 40 men and that we should bivouac for the night; that I wanted him to make arrangements for the feeding and comfort of the Battery and that he had at his disposal 65¢ per man.
Our passage through the streets of Vancouver caused no little comment, as it was the first time f or 7 years that a Battery had passed through the City, the last time being the moving of the Brigade from the Horse Show building to Hastings Park in 1921 for training purposes.
After travelling for about 20 minutes we halted to examine the equipment and found that minor adjustments had to be made in ropes between trucks and guns - generally speaking these were working very satisfactorily, we subsequently found that a speed of 10 miles an hour could be maintained on pavement, and 7 on rough country roads, without causing too much vibration to the guns.
The truck drivers, who were all ex-service men, entered into the spirit of the work, and did things with the trucks, such as crossing small ditches and running into fields, which were little short of marvellous.
Contrast a day so spent with one on horses. Approximately three times the amount of training was accomplished and very much more ground covered, besides it proved interesting, not too fatiguing f or the detachments and very much less expensive. The week-end was brought to a very happy conclusion on the terrace of Shannon, where Mrs. B.T. Rogers entertained the Battery to afternoon tea.
15th Field Artillery Regiment Archives, Exercise Report by Major J,G. Chutter, 1928 as quoted in Vancouver Defended, page 57, Peter Moogk. 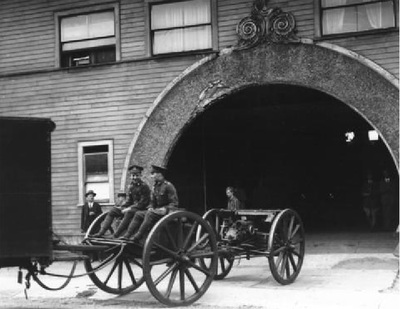 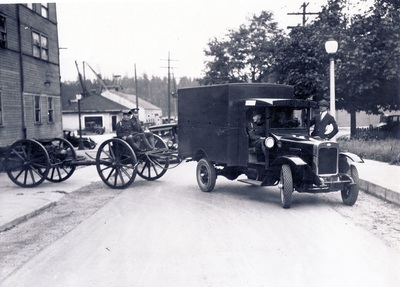 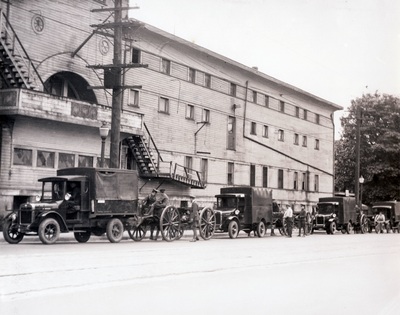 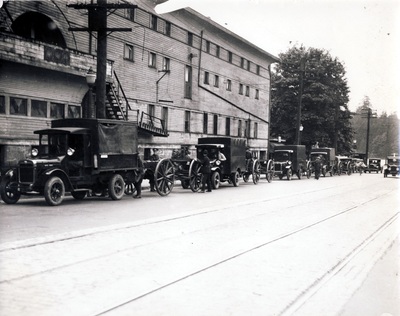 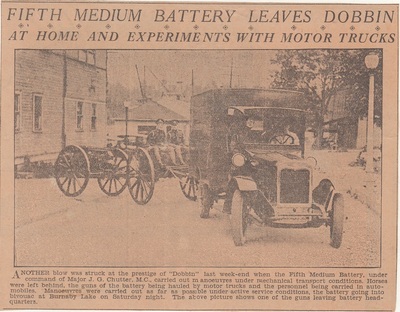